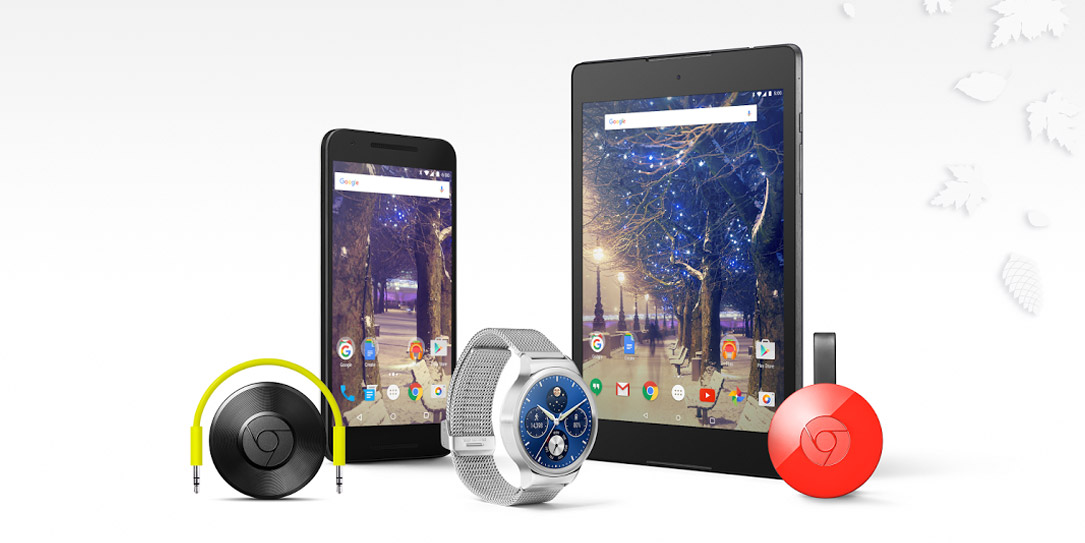 We knew Google had some Black Friday sales lined up and this morning they went live. Almost everything is discounted somewhat, but there a couple of sales that really stand out and give consumers an opportunity to grab some quality hardware for very enticing prices.

The Nexus 9 for example, a tablet that launched about a year ago for $400 can now be had for 50% and for a mere two hundred bucks; $100 less then anyone else has it listed. Not too shabby for what is still considered by many to be the best Android tablet on the market and one that will be getting updates directly from Google for some time to come.

The next juicy deal is on the Nexus 5X. One of the two latest Nexus phones launched by Google just a month ago is on sale for $300, which is a significant deduction on an already affordable phone. Sharing some of the best DNA with it’s bigger and more powerful sibling, the 6P, the Nexus 5X has an almost identical camera, lighting-fast fingerprint scanner, and the latest software that will be updated by Google for years to come.

There are also a few value-adds with certain purchases. For example, buying a Nexus 5X will get you 90 days of Google Play Music, which also includes Youtube Red and Youtube Music as long as you redeem the offer by 4/18/2017. All hardware also comes with extended returns and all purchases made from November 27, 2015 — December 25, 2015 can be returned as late as January 22, 2016.

Alongside the Nexus 9 and the 5X there are also discounts on:

Free shipping is included with all purchases.

There are a few more lesser deals and you can check them all out in the link below.