With CES 2017 just around the corner, announcements for new tech are flying all over the place. Press releases will be released, information is sent to be held via embargo, and companies all jockey to get their newest products viewed by the largest possible audience. Well, sometimes mistakes are made, and that appears to be the case here. A new, previously unreleased, Asus Chromebook (C302CA) was briefly available for purchase on Newegg before being quickly removed. We should see this Chromebook actually available for purchase soon though.

The device, for what it’s worth, looked like a decent entrant into the world of Chromebooks. The specs look solid, which should give a Chrome device pretty decent performance on paper, at least: The touch display will come in handy should this device be one that gets Google Play and access to Android apps in the future. The 4GB of RAM and 64GB of internal storage should be more than enough to keep things humming along nicely. If that weren’t enough, this is also a 2-in-1, where the screen will rotate back, allowing for a tablet mode (and really, the two intermediary modes — Tent and Display — that we see in other such devices).

If there are any knocks based simply on the available images, one would probably be the rather large bezel all around the 12.5″ display. These will undoubtedly be useful when using the device in tablet mode, however for standard laptop mode they are a bit big.

Even though the device only saw the light of day for the briefest of moments, I can pretty much guarantee that we’ll see it again sooner rather than later. Chances are very good Newegg just pulled the trigger a bit early on this new Asus Chromebook since the product page is not currently available. 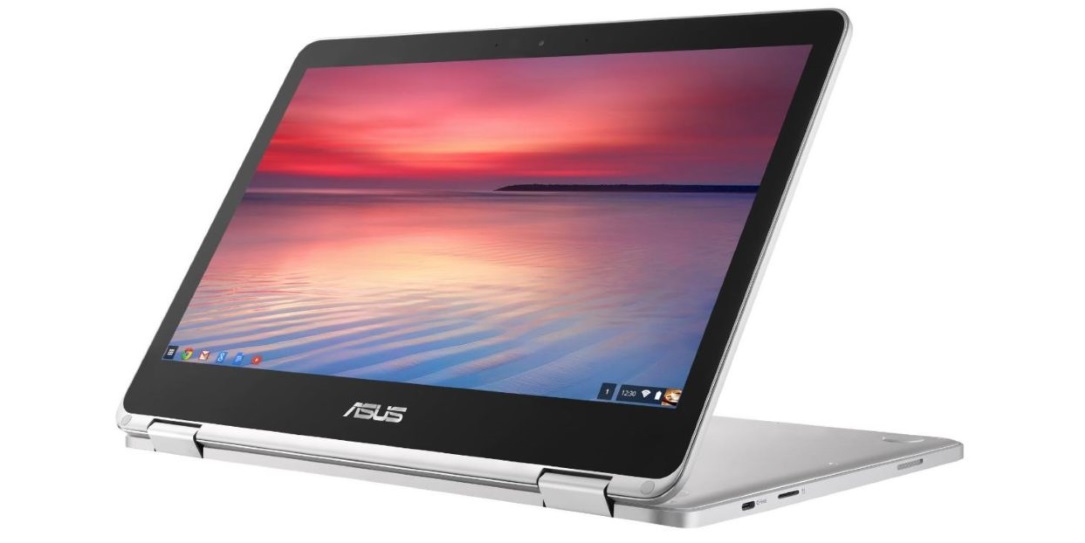 New on Netflix January: Prepare for A Series of Unfortunate Events