The Arrow smartwatch comes with a 360° rotating HD camera

Smartwatches are starting to pop up everywhere you look. Most of them are running Google’s Android Wear, Apple’s watchOS or Samsung’s Tizen. The Arrow smartwatch is different, running its own custom software dubbed Arrow Wear OS. The company says the Arrow smartwatch is compatible with both Android and iOS and will come with its own app. Some of the features they’re touting include:

Arrow is the world’s first smartwatch with a 360° rotatable 1080P HD camera. Arrow is meticulously engineered for functionality, while designed to be versatile with any style & is compatible with Android & iOS smartphones.

The Arrow smartwatch has already raised well over $100,000USD with only a $30,000USD goal on Indiegogo. The company still has a month to crowdfund and it looks like there is a lot of interest in this device. It will be interesting to see just how good they can make the video and photo capture on a device this small.

What do you think of the Arrow smartwatch? Let us know in the comments below or on Google+, Twitter, or Facebook. 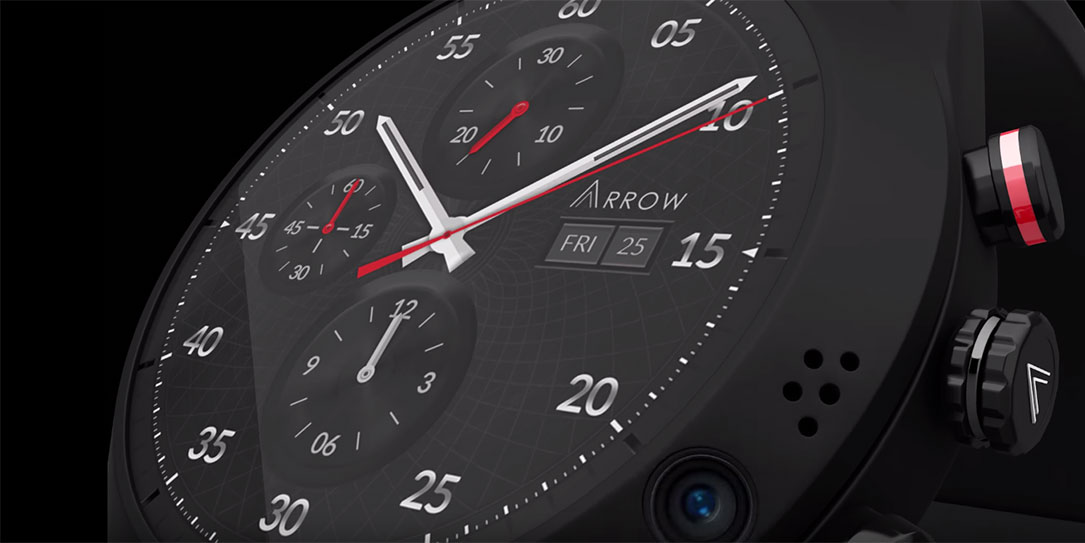 RAVPower certain the next iPhone comes with wireless charging