Pick up a scoped weapon once you find one from a chest or an eliminated opponent and deal 200 damage to any opponents you see left in the match.

You know the drill here. There are two locations to choose from. Find 7 chests before anyone else and this challenge will be completed.

Complete a lap of the Race Track in Happy Hamlet

This challenge isn’t as difficult as it may seem since all you need to do is land at Happy Hamlet, hop into the hamster ball, and complete a lap. The drawback is that you’ll have to beat other people to the rolling ball.

This one is pretty much luck based… After getting the Bouncy Ball you’ll have to throw it and hope to get 15 bounces out of it.

Stage 1 of 3: Gain shields from Mushrooms

Use a Volcano Vent, a zipline, and a vehicle in the same match

This challenge is pretty self-explanatory. In a single match, all you have to do is use a Volcano Vent, a , and a vehicle. The easiest way to complete two thirds of the challenge is to land at the volcano. After you’ve landed, use one of the vents and take it to the Expedition Outpost closest to the volcano and then use a . From there, find a vehicle and you’ll complete the challenge easily.

Another pretty easy challenge to complete is by eliminating 3 opponents at Pirate Camps. Since everyone will be heading that way, make sure you get there before others and take them out.

Check back later for the Fortnite Season 8 Week 6 challenges to see what Epic Games has in store for all those who like getting challenges done first and then taking out enemies and claiming victory as the last one standing.

What do you guys and gals think about the Season 8 Week 5 Fortnite challenges? Are they easy enough to get done in a few days of grinding? Let us know in the comments below or on Twitter or Facebook. You can also comment on our MeWe page by joining the MeWe social network. 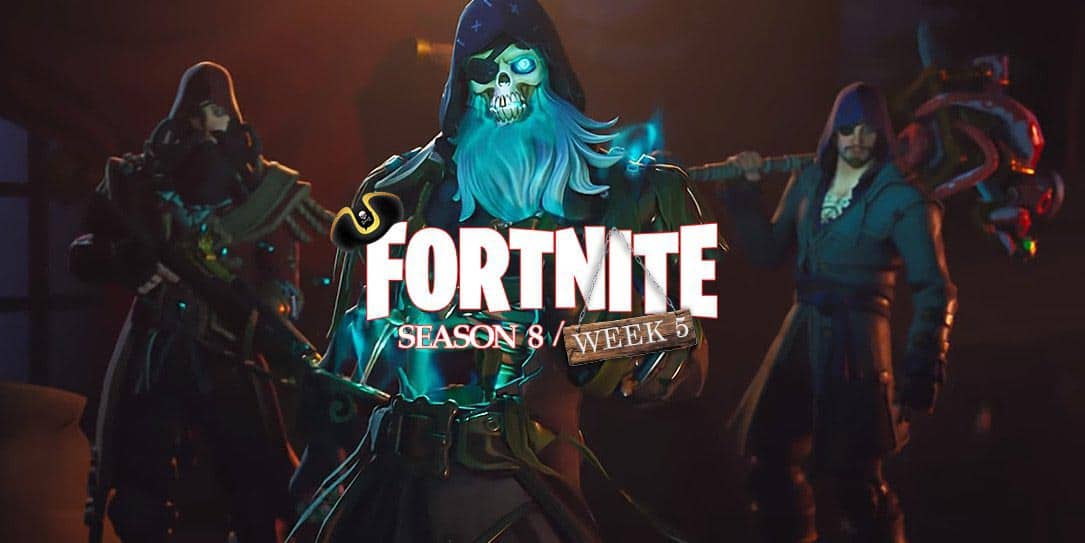