You can now get classic cars updated with new technology

When you were a child, what kind of car did you want to own? The classic Mustangs, 911s and Jeep CJs that demand six-figure prices on today’s auction blocks are valuable because they give people a chance to relive their youth by driving the car of their dreams. Except those classic cars are full of old technology.

It doesn’t have to be that way, though. In fact, building classic cars that combine vintage looks with modern technology is quite the trend these days. Just be prepared to pay up, because these modern classics don’t come cheap.

Fans of American muscle cars will attest that this idea is nothing new. People have been building “resto-mods,” or modified restored vehicles, since the birth of tuner culture. The formula is simple: Find a project car that you’re OK with changing from its original spec, apply modern or high-performance parts where desired, and whammo! Resto-mod.

Examples of this type of project can range from mild updates, tweaked to include practical features like disc brakes and coil ignition, to full rebuilds. The truest expressions of the “classic car with new technology” idea swap out older running gear and replace it with more capable, better-to-drive components from the modern-day vehicle.

With enough time and money, you could build such a project in your garage. Completing something like this can take years. Not only will it require a thorough understanding of mechanics, but you’ll also almost certainly need to get your hands dirty in the paint booth as well.

Wouldn’t it be nice if the pros could do all that hard work for you? And oh, the car they would build! In fact, they do. Here are a few examples of the stunning neo-classics that are putting college education funds everywhere in serious danger.

Next to the innumerable “Fast and Furious” movies, “Gone in Sixty Seconds” is car fan cannon when it comes to the silver screen. It’s also on the shortlist of Nicolas Cage movies that people watch more than once, sober.

Starring alongside the incomparable Mr. Cage is the movie’s hero car, a 1967 Shelby GT500 Mustang that goes by the name Elanore. In resplendent pewter paint, complete with ground effects and shifter-mounted nitrous injection, Elanore could be the car that started the entire “high-tech hot rod” movement.

Several companies will build you a “new” Elanore. The finest examples use steel bodies from genuine vintage Fords, but there are fiberglass examples as well. Fusion Motor Co. of Los Angeles is one such vendor. Its Elanore comes complete with a V-8 powertrain sourced from Ford tuner, Roush. Choose your flavor — they range from 430 to upwards of 600 horsepower and feature disc brakes, air conditioning, navigation, and power steering.

The result is a car that will handily keep pace with a 2020 Shelby but has the swagger you love from the vintage car.

Toyota’s reputation for reliability may have started with the ruggedly handsome Land Cruisers of the 1960s and ’70s. Still, on duty in some parts of the globe, these simple but effective trail trucks have gathered quite the following in the restoration community. Drive one on a public highway, however, and you might be in for a surprise. Keeping up with traffic in a truck that uses 50-year-old technology is no cakewalk.

Enter Jonathan Ward and his Restomod company, Icon. Ward has become well-known in the car collecting community for his intense attention to detail. Icon creations have been described as “better than the original,” because each one is built using the best example of each part available, right down to the hardware. The result is an idealized version of the original car. In the case of the FJ, an Icon Land Cruiser sports a Corvette-sourced V-8, five-speed manual transmission with optional automatic and six-piston disc brakes.

Icon doesn’t only make Land Cruisers. Its Restomod ’70s Ford Bronco is equally capable, and both trucks will run you a cool $140,000. Then again, can you put a price on revisiting your youth?

There can be no better example of modern technology in a vintage package than the Tesla swap. Tesla’s battery-powered drivetrain is unlike anything automakers have had access to for the past hundred years, but as more these cars sell, parts are becoming available. That means tuners are getting their hands on those speed-inducing batteries.

Tesla’s drivetrains are big and heavy, so don’t expect to see companies stamping these out. However, examples like the Zelectric Motors Porsche 912 are shockingly fast examples of potent modern technology with vintage style and patina. The one-off 1968 Porsche does not use a Tesla battery, but the electric motor, inverter, and differential are all there. Zelectric plans to sell a kit for $50,000, so anyone with a well-paying job and some free time can have a ludicrous 912.

It might not have the fit and finish of the Fusion Motors or Icon offerings, but this is truly the crossroads of vintage flair and modern technology. It’s not the last Tesla swap you can expect to see, either. As the company’s products become more plentiful, be ready to see a slew of older cars outfitted to perform in ways they have no right to. That’s where the modern brakes and safety equipment become an important component of any Restomod.

The Future of Old Cars

You might be reading this thinking, “but will any of these companies survive with such a niche product?” That’s a valid question, but when you consider the direction that automakers are going, they just might.

High-end cars are becoming more like our cellphones and less like the tactile, engaging vintage cars past generations knew. So how do the successful people who drive these emotionless cars blow off steam in a world where every blue-collar worker has a Prius-derived pod in the driveway? In a badass Icon Land Cruiser, a Singer Porsche or an Eagle Jaguar. The market for high-end goods is stronger than ever, so these brands might have more staying power than you think.

What do you think of bringing new technology into classic cars? Let us know in the comments below or on Twitter, or Facebook. You can also comment on our MeWe page by joining the MeWe social network. 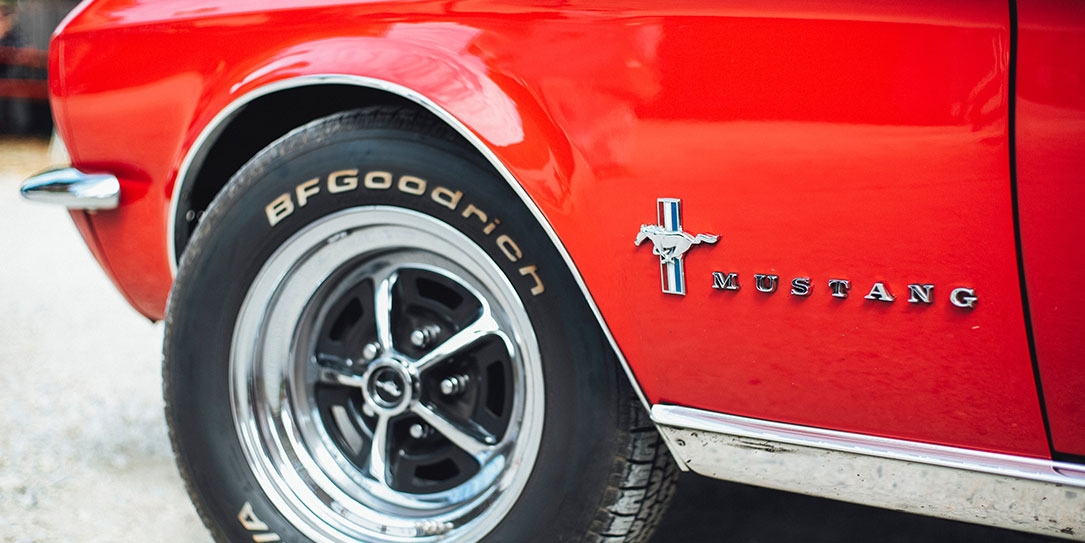