Samsung will have 5G version of the Galaxy Tab S6

Android tablets really haven’t changed much over the years and it’s almost universally accepted that Apple has developed the better tablet in the iPad. There are various hardware changes implemented in Android tablets year over year but the changes are fairly nominal. Samsung is probably the closest competitor in the tablet world to Apple and they’re generally ahead of the curve when introducing new technology to tablets. This year is no different as the company has confirmed that the new Galaxy Tab S6 will have 5G connectivity on board.

This new Galaxy Tab S6 5G carries the model number “SM-T866N” and was found on Samsung’s Korean website indicating that it is “coming soon”. The Galaxy Tab S6 comes with a Snapdragon 855 which is what makes 5G connectivity possible on this tablet. The rest of the features and specifications also make it a very capable Android tablet, the 5G connectivity us just icing on the cake. Samsung already has 5G connectivity on versions of its Galaxy S10+ and Galaxy Note10+. By adding in the Galaxy Tab S6, the company is expanding its portfolio of 5G devices.

Samsung hasn’t announced any specification differences between the 5G version of the S6 and the regular version but we’re assuming the 5G connectivity is the only real differentiator. Also, we still don’t know when this version will be available outside of South Korea but we’re assuming a global version will be following soon. It is possible that Samsung could unveil the new Galaxy Tab S6 at CES 2020 alongside the S10 and Note10 Lite. When the official announcement is made is most likely when we will know more about availability and specifications.

What do you readers think about Samsung coming out with a 5G version of their latest Galaxy Tab S6? If it comes outside of Korea, would you purchase one? Let us know in the comments below or on Twitter, Facebook, or MeWe. 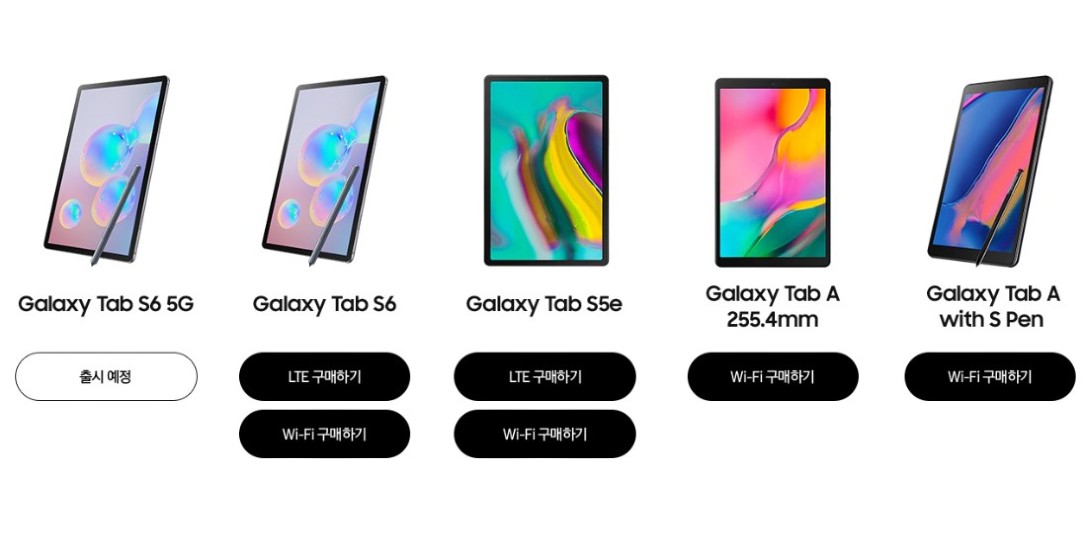