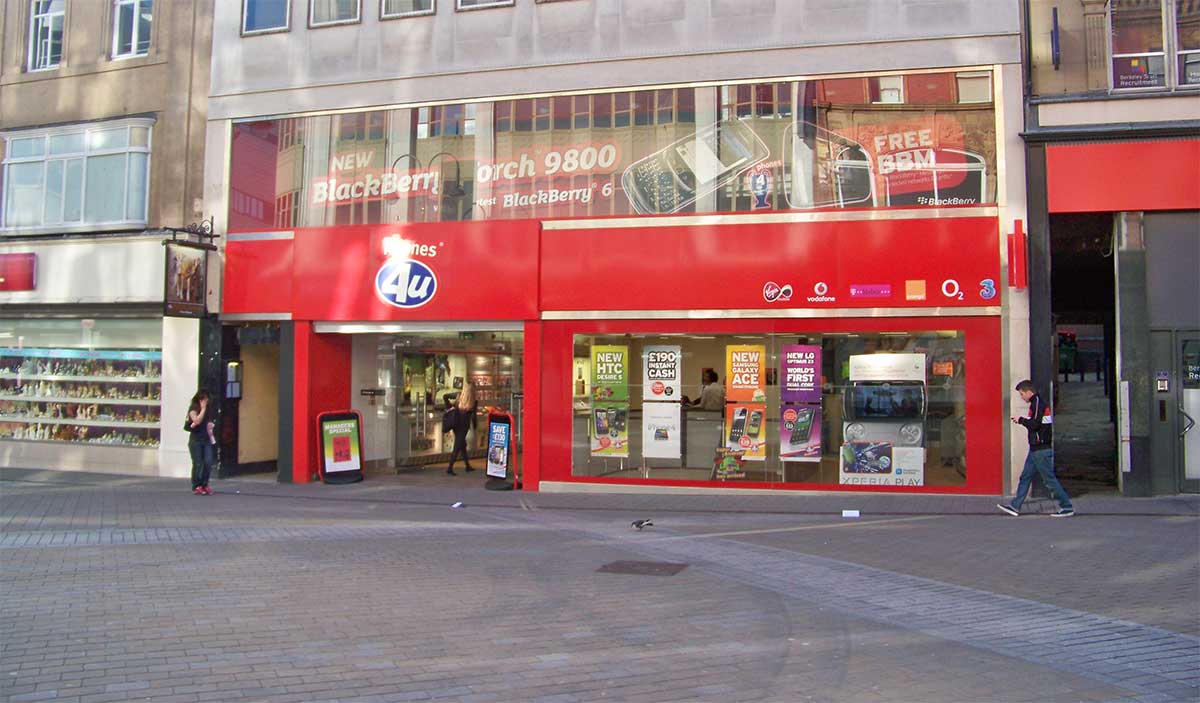 Phones 4U Ltd. will be closing all 550 of its stores Monday leaving 5,596 employees out in the cold. Phones 4U lost its contracts with EE and Vodafone but those who purchased a contract through Phones 4U will not be affected and their contracts will continue to be honored (no word on those iPhone 6 pre-orders though). Phones 4U is sitting on top of 635 million pounds in debt while EE and Vodafone work on their own stores which leaves the need for third-party retailers no longer necessary. It makes sense for EE and Vodafone to cut out third-party retailers like Phones 4U, the less hands in the kitchen the better (so it seems).

“If the mobile network operators decline to supply us, we do not have a business,” Phones 4u Chief Executive Officer David Kassler said in the statement. “Today is a very sad day for our customers and staff.”

PriceWaterhouseCoopers LLP is expected to be appointed the administrator and will decide whether or not Phones 4U can remain open or have to close. Reports are pointing to a full permanent shut down. We’ll find out more Monday morning. Hit the source links for more info.