The New Kindle is Here: The Voyage

Folks, the new Kindle is here. Kindle is a long-standing frontrunner in the e-reader market. Even if you have a Nook or something else, chances are you call it your “Kindle thing” so you don’t have to explain to people what a Nook is. Having your brand be synonymous with a type of device to the general public is powerful, a lesson Microsoft is learning with all of their “iPads” being used by the NFL. Because of the power that Amazon has in the e-reader market, they get to sell e-readers for really whatever price they choose. With this new Kindle, though, Amazon has decided it’s a premium device and is selling it for as much as you could buy a decent tablet.

This new Kindle is called the Voyage and it actually does look very nice. It’s got a modest and pocketable 6” screen that is, of course, antiglare as well as having a back light that automatically adjusts to the light conditions. The screen is also touch sensitive and has an impressive 300ppi e-ink panel. It has 4 gigs of memory, which is a lot of books, and you also get free cloud storage through Amazon. You can buy the Voyage with 3G, if you like, but that’ll tack on some bucks, however the Wi-Fi model starts at $199. Another thing to mention on this Kindle, and all Kindles and really any e-reader, is the battery lasts forever, seriously.

For some perspective, you can buy the Kindle Paperwhite for $120 and that has lower resolution screen and is heavier, but really not all that different. You can also by the classic Kindle for $80 dollars, which bumps down the specs again. A Nook with a similar sized screen is about $60 on Amazon, so if you can’t already tell, the Voyage is expensive for it’s market. It’s even more expensive than a few Kindle Fires. Whether it’s worth it is up to you to decide, but I bet they’ll sell like hotcakes.

The design looks nice, really pretty similar to the other Kindles, although one thing I like the look of is that the screen looks to be flush with the bezels which will be nice for reading and swiping pages, it also looks slick. It only weighs 6.3oz so it is very portable. The back is soft touch plastic that has been showing up on devices more frequently, which I’m sure will feel luxurious.

There you have it, the new Kindle Voyage. Bottom line is that the device is a little bit over priced, but what you will get is a lovely e-reader that will be a joy to use and may just be worth the extra bucks. Will you be buying one? Will you just go with a lower end model? Let us know in the comments or on social media. 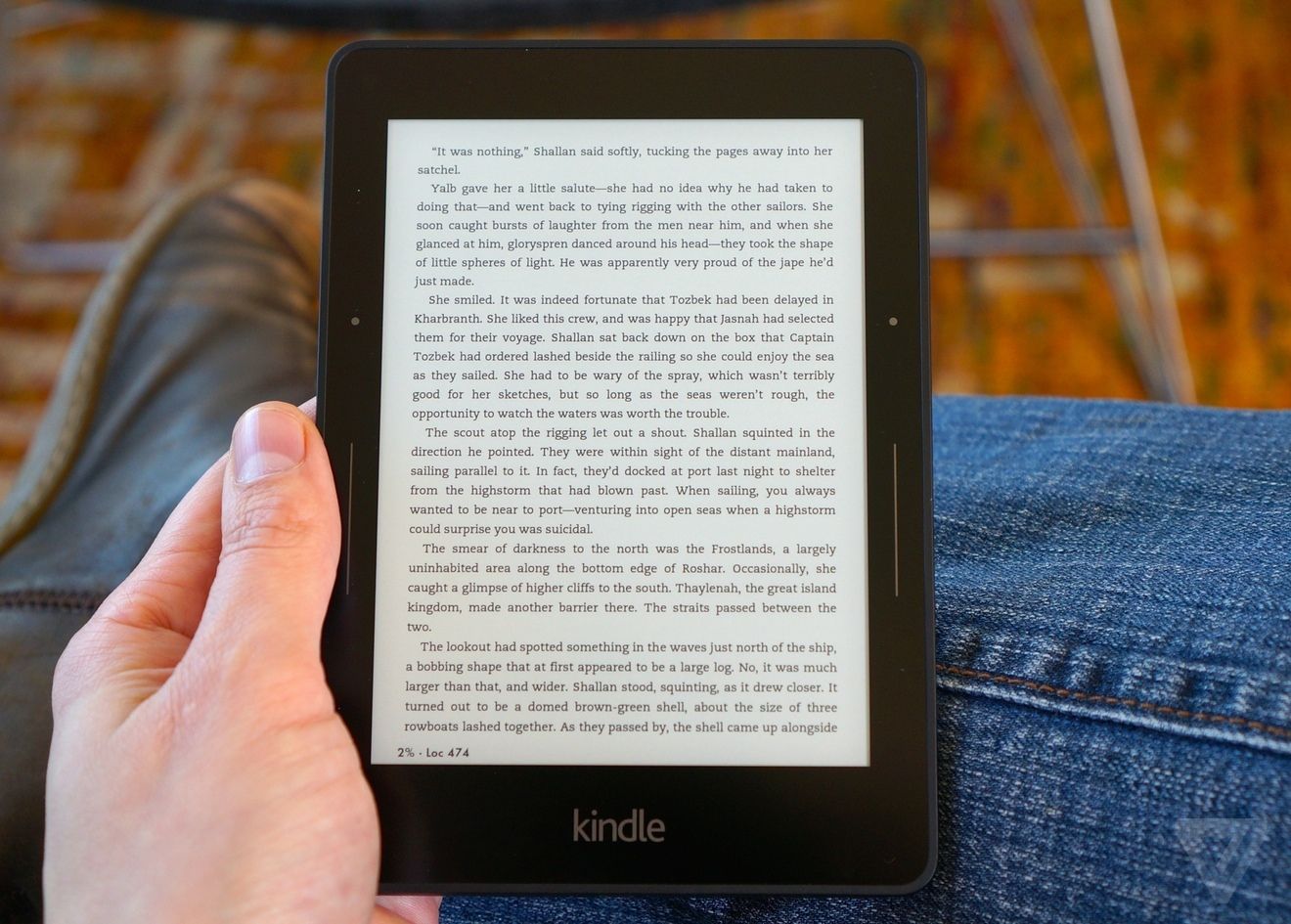 Marty McFly Would Be Proud, The Hoverboard Is Here!