The “big” selling point of this phone is likely to be its giant 6 inch screen, which is edge to edge. Sony is also making special mention of the 13 MP front facing camera which is accompanied by an LED flash. The rear facing camera is 13 MP too, so this phone is aimed at the selfie taking market as far as the cameras go. Other specs include a 64 bit octa core MediaTek MTK6752 processor clocked at 1.7Ghz. The 6 inch display has a resolution of 1920 X 1080 pixels, making it full HD.

The phone also comes with 16GB of onboard storage, which can be expanded via the microSD card slot, for all of your 13 MP selfies. The phone has 2 GB of RAM. The phone is powered by a 2,930mAh battery which, Sony says, will last for two days under regular use. The phone comes with Lollipop pre-installed. Sony calls the Xperia M5 a “super mid-range” phone and the specs show as much. Powered by a 64 bit octa core MediaTek Helio X10 and 3 GB of RAM, it’s far more powerful than the “just mid-range” Xperia C5 Ultra. The Xperia M5 has a 5 inch full HD screen, something to appease fans of smaller devices. It comes with 16 GB of onboard memory which can be increased using a microSD card.

Sony is focusing heavily on the new “Hybrid Auto-focus Camera Technology” present in the device. The 21.5 MP rear facing camera can reportedly focus in just a quarter of a second. Sony also claims that the camera has superior low light performance. On the front, the Xperia M5 sports a 13 MP camera, albeit without flash. Check out the video Sony made about the new camera technology below.

The phone gets its juice from a 2,600mAh battery which Sony says will last for two days. The Xperia M comes with Lollipop pre-installed.

Sony has announced that both phones will become available in emerging markets in the coming weeks, which means that neither device is likely to come to North America. 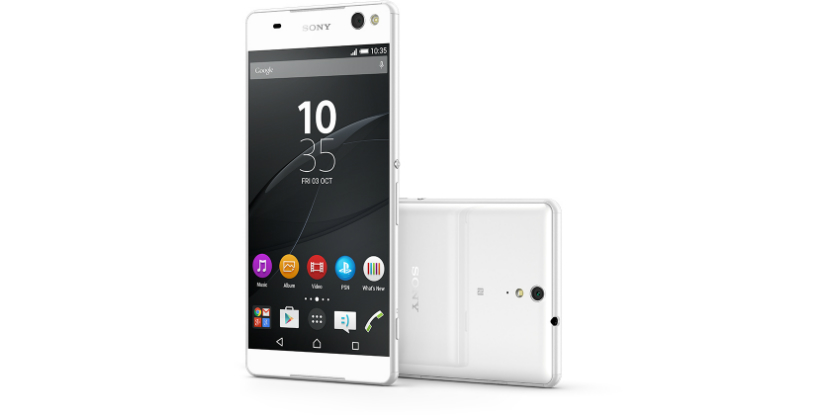 DirecTV And Wireless Bundle To Be Offered By AT&T