OK Tesla – tests passed with flying colors, time to make cars we can afford – or are electric cars just a toy in the rich man’s playground?

Before you all start sounding off in the comments here and on social media, let make it clear that I love Tesla’s cars and the technology and innovation they’re bringing to the market. This is far from being a bashing editorial and more of a let’s get working on making this technology more affordable and accessible.

Tesla Is Rocking It

CNN Money released a report today stating that Tesla’s Model S P85D “is so good it broke Consumer Reports’ scoring system.” The car topped the rating system of 100 by scoring 103 making it one of the highest rated cars Consumer Reports has tested, but also one of the most expensive clocking in at $127,820.

“Consumer Reports had to make changes to its scoring methodology to account for the car’s exceptionally strong performance,” the magazine said in a statement.
To bring the score back in line, the P85D was given less credit for areas in which the Model S already beat other cars but, in this version, simply exceeded on those measures even more.

This is awesome news for Tesla and Elon Musk – and frankly a lot of us are excited for the progress Tesla has made. Sure Tesla has had its challenges and bumps in the road, every company does, but Musk and company have marched on, ignoring much of the bad press and criticism concentrating on making a better product. Musk has even made much of Tesla’s work open source for other car makers to pull from and work with. All of this is awesome and we’re still excited for more innovation and progress.

Model X And Model 3 Are A Start To Affordability The upcoming Model X (which has introduced in 2012 and pushed back several times) is supposed to be the doorway to affordability with a rumored price of around $50,000 (with the $7,500 tax break accounted for in the price) but even $57,500 (before the tax break) is a stretch for many budgets (read update at end of article). The same thing goes for the upcoming Model 3, also $50,000. Tesla needs to start researching a vehicle that breaks the $30,000 price tag, one that the average consumer can afford to purchase and not be broke afterwards. Maybe they’re already doing that, which is a good thing, but being vocal about it might push them to reveal those plans.

Maybe to get to that sub-$30,000 price tag Tesla needs to focus less on killer amenities and integrated technology and more on a basic form factor. Having the latest technology and connected devices is awesome but I think people would rather have the savings and environmental friendliness of an electric vehicle than a 17″ touch display and awesome tech package. Pushing down the price of the car can be done with simple drops in amenities as well as performance.

It’s nice that the P85D has the performance it does, I love that it competes with cars like Ferrari and Lamborghini. But where in the real world do we actually use this kind of performance? Most people commute to and from work and around town. Most people need a car to perform as a commuter not as a race track champion. Could Tesla cut costs by offering less performance and more efficiency?

OK yes, I understand there are challenges in making a more affordable Tesla, I fully accept that.

These are just some of the challenges I am aware that Tesla faces in bringing their product to the market. But you argue that $50,000-$55,000 are reasonable prices, after all the average price of a good quality car these days is $35,000. And think of the gas you’ll be saving and the impact on the environment. Sure there are those factors, but what about. Tesla is doing some awesome stuff – of that I am in full agreement. They’ve come a long way from where they were 12 years ago, and they’ve had some great successes and overcome some great challenges. I by no means think that Tesla is a failure or that they’ve done something wrong. But I do think they need to work on breaking that $30,000 price tag to get these cars into more hands and help bring costs down even more.

I recognize the challenges and I recognize the potential savings already calculated into their first affordability efforts (the Model X and Model 3) but I think they can go even further and deeper by cutting some of the opulence and making it more functionally realistic.

A reader pointed me to this reddit post with some corrections to my numbers. The Model X pricing was taken from Car & Driver from this article. Upon looking again it is from 2012 so my apologies if the estimated pricing is inaccurate. If you have a link to more accurate pricing please let me know. I also noticed someone posted Tesla’s business plan, see below.

I don’t dispute this is a good business plan at all, my whole point is, let’s accelerate the business plan a bit and there are ways to make these cars more affordable. There are various cost cutting methods that can be done by Tesla as not everyone wants decked out technology/performance machines, many just want reliable and sturdy. Thanks to the redditor who brought this to my attention! Appreciated! 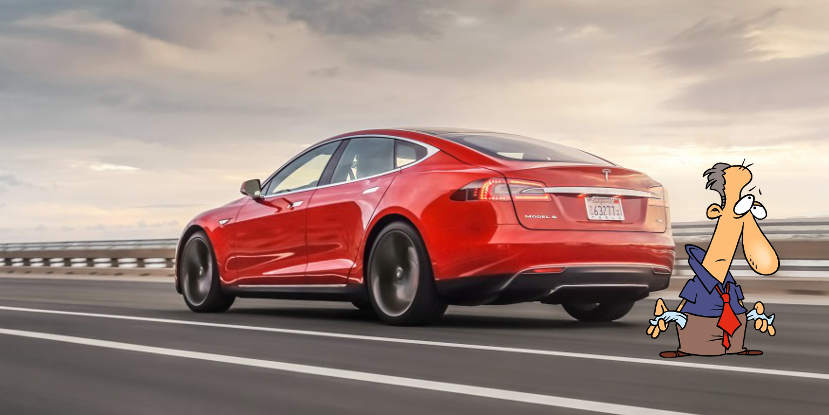