Even though Google’s Lunar XPRIZE competition has been going on for nearly a decade, we’ve just now found the first legitimate contender to take home part of the $30 million USD prize. An Israeli non-profit, SpaceIL, today has come one step closer to the Lunar XPRIZE and has secured a launch agreement with Spaceflight Industries to deliver their lunar lander to the moon.

The Lunar XPRIZE is a contest started by Google back in 2007 with the aim of proving that the private sector can innovate and create spacecraft capable of landing and operating on the moon without government funding. To win, a private company must land a rover on the moon. That rover must travel at least 500 meters on the moon’s surface, and transmit high-definition images and video back to Earth. The first team to complete this task will win $20 million USD, while the second team will bring home a prize of $5 million USD. There are bonuses available as well for technical and scientific achievements including reaching one of the Apollo landing sites. In order to win each company must be able to prove that 90% of their funding came from private sources.

The Lunar XPRIZE follows in the footsteps of several other XPRIZE contests, each with some lofty goals:

An XPRIZE is a highly leveraged, incentivized prize competition that pushes the limits of what’s possible to change the world for the better.

It captures the world’s imagination and inspires others to reach for similar goals, spurring innovation and accelerating the rate of positive change.

Past prizes have been awarded for contests including: re-useable spaceships capable of suborbital flight, fuel-efficient vehicles, crude oil cleanup techniques, health-sensing technologies, and ocean health sensors. None of these prizes have even come close to the potential payout for the Lunar XPRIZE, though each winner has walked away with a hefty payout.

SpaceIL is taking a slightly different approach to the travel requirements of the prize with their lunar lander. Instead of including some variety of robot that would detach from the lander and travel around the moon’s surface, SpaceIL’s lander will “hop” from the landing site to a spot 500 meters away. Time will tell if this is an effective landing and travel method. There are certainly issues with any sort of space mission and problems can derail any sort of spacecraft so we’ll have to wait and see if this design is able to complete the requirements for the prize. SpaceIL is understandably excited about their chances though. In the XPRIZE press release, SpaceIL CEO Eran Privman explained his hopes for the future of the project:

Only three countries have ‘soft-landed’ a rover on the surface of the moon: the United States, the former Soviet Union, and China. Now the notion of the small state of Israel being added to this exclusive list look more promising than ever. Last year we made significant strides toward landing on the moon, both in terms of project financing and in terms of the engineering design and now, we are thrilled to finally secure our launch agreement. This takes us one huge step closer to realize our vision of recreating an ‘Apollo effect’ in Israel: to inspire a new generation to pursue Science, Engineering, Technology, and Math (STEM).

You can read more about the Lunar XPRIZE and today’s developments at the source links below.

What do you think? Does SpaceIL have a chance to win the Lunar XPRIZE? Does their lander have what it takes to complete the challenges? Tell us in the comments below or on your social network of choice. 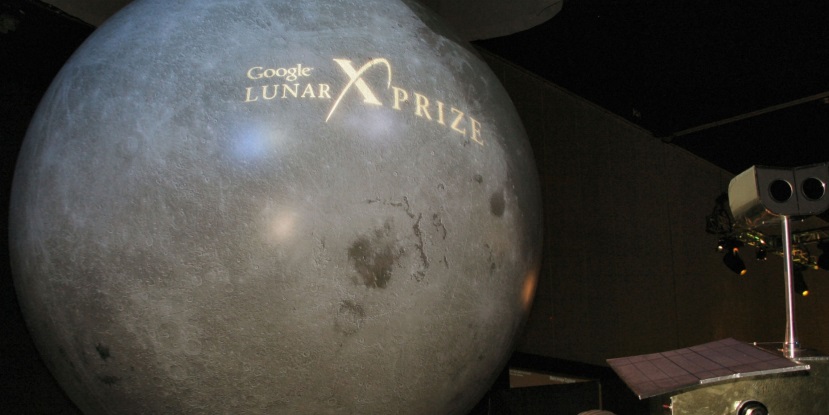