Android Marshmallow, version 6 of Google’s mobile operating system, has been out for awhile now. I’ve been running it on my Nexus 5 ever since the first Developer Preview and thought all the bugs had been ironed out for the final release. Once that was made public, I was quick to update to the final build and all was well… until a couple weeks ago. I started to notice a Wi-Fi bug that would drain my battery overnight, going from 100% to between 72-85% in about 7 hours while the phone was not in use.

UPDATED (12/04/2015): Well the bug is back and nothing’s changed, so you may have limited success with this “fix” — hopefully Google fixes this soon!

Of course I tried the usual, turned off Wi-Fi location scanning, turned off Keep Wi-Fi on during sleep, disabling public Wi-Fi network notifications, and even changed the Wi-Fi frequency band to 2.4GHz instead of automatic. None of these changes worked, and I continued to see 15-20% battery drain overnight — not to mention that you shouldn’t have to mess around with the default Wi-Fi settings just to make your phone function normally. So as a last resort, I turned off Wi-Fi before I went to bed… and once again woke up to the same battery drain with Wi-Fi listed as the culprit. How could this be? Wi-Fi was off.

I hit Google again, and found a thread on the Android forums with hundreds of comments from other users suffering the same issue. Scanning through the various complaints, a couple users mentioned turning off Trusted Places in Smart Lock fixed the issue for them. Reading this actually made sense as I did have my home set as a Trusted Place, but it wasn’t actually working — I was still having to enter in my password while at home. So I went into my settings (Security > Smart Lock > Trusted Places) and disabled Home as a Trusted Place, charged up my phone and waited.

And what do you know, I woke up this morning to battery drain yet again, however this time Wi-Fi was not the culprit, rather Google Play Services was.

At any rate, if you are suffering from the Wi-Fi bug that is draining your battery life, try disabling Trusted Places in your Smart Lock settings and hopefully that will work for you. It is listed as a high priority defect on the Android Open Source Project issue tracker, so here’s hoping it’ll get fixed soon. Now time to go figure out a fix for the Google Play Services battery drain bug…

Have you been hit by this Wi-Fi bug? Did the fix above work for you? Let us know in the comments below, or on Google+, Twitter, or Facebook. 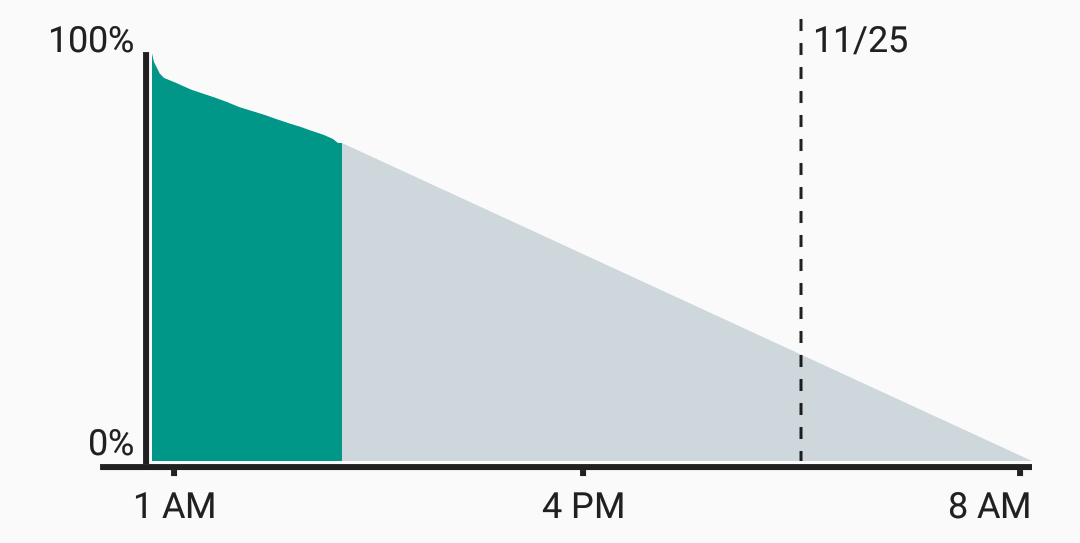