Here’s What You Missed At The WWDC 16 Keynote

With Apple’s developer conference WWDC 16 kicking off today, it’s time to see what Apple has in store for the future. Today’s keynote was rumored to unveil a brand new Apple Watch, a rumored name change for OS X, and what’s new in the next version of iOS. If you were busy or indisposed during the keynote, here’s what you may have missed. Prior to any announcements, Apple CEO Tim Cook asked the auditorium full of keynote goers to stand in a moment of silence in memoriam of those who were slain in Orlando over the weekend.

Following the moment, Tim Cook broke the keynote down into four areas, iOS, OSX, watchOS, and tvOS and various Apple employees spent time going over each of these four segments.

Kicking off the keynote for WWDC 16 was the unveiling of watchOS 3. The third generation of the fledgling OS will offer Apple Watch owners instant apps and background updating. Rather than the current iteration where an app loads once accessed, once a user taps an app the information is right there. Apple also revamped the Control Center and made it easily accessible. Speaking of easy access, Apple added new watch faces including an activities face and one featuring Minnie Mouse. Switching between watch faces is now as easy as swiping left or right between them. There will also be more complications on watch faces and the dock will allow you move between apps.

One of the more exciting features of watchOS is the new scribble feature. This allows people to write out what they want to text instead of picking from pre-made responses. It works in either Chinese or English and should make replying to people a bit easier. Apple has also added a handy feature for those who need to contact emergencies services.

All a user has to do is press and hold the side button below the digital crown and the SOS is activated. This will either cause your phone to dial 911 or your watch to via WiFi. Once activated, the watch will notify a user’s emergency contact with the 911 caller’s location. After that, the 911 caller’s medical ID will be displayed. This feature isn’t local to the US, and will be available globally using the correct emergency number based on location.

Finally, Apple has made the Apple Watch and watchOS work for those who wheel around in a wheelchair. There will be two activities specifically designed for those in wheelchairs.

Before going into new features, Apple made mention of the fact that there are 6,000 native apps for the new Apple TV and 1,300 video channels. Apple has redeveloped the iOS remote app with a bolstered emphasis on Siri. Siri will be able to search YouTube and tvOS also offers Live tune-in. Sling and Fox Sports are coming to Apple TV.

Apple will be adding dark mode to Apple TV and single sign on to the box. Rather than having to authenticate each app and/or channel, users will be able to use their Apple ID to gain access to each channel. According to the WWDC 16 keynote, OS X has been an Apple staple for the last 15 years. However, while that’s been all well and good, compared to the other Apple OS’s and their respective names, OS X doesn’t really fit into the grand scheme of things. So, instead of OS X, Apple has announced that going forward, the “most advanced desktop OS” will now be macOS. Apple’s newest macOS will be Sierra and comes with Siri. That’s right, desktop users will be able to use Siri and developers will now have access to Siri as well.

Like Siri, iCloud Drive is now a part of the desktop experience. With over 10 billion documents in iCloud, Apple is really pushing its cloud services and older files will be backed up to the cloud. This will free up space for new files. Safari data and trash will be backed up as well.

Another macOS feature debuted at WWDC 16 was picture in picture for videos, allowing users to continue being productive while being able to move and watch video in another window.

Widgets will come to the lock screen and you’ll be able to access each of these new widgets via a swipe. Apple has added a new section in the Control Center for music. Apple is also boosting Siri for iOS, and QuickType will be getting Siri’s intelligence features and will allow for better predictions and learning.

Apple’s photos is taking a page out of Google’s playbook and will be adding memories (including collages and highlights), facial recognition, and automated movies. Maps has also been redesigned and extensions will bolster the experience. Apple Music will also be receiving a brand new design, and you’ll get lyrics in the now playing section of the service.

The phone app will be receiving a “possible spam” warning built-in. Of course, that’ll depend on whether or not carriers support the endeavor. iMessages is also getting a boost, with the app’s experience becoming stronger as videos will play inline and emojis will be three times bigger. Handwriting will show up directly in the transcript.

Developer previews are available now so developers will be able to access Apple’s newest OS flavors starting now. Public betas will debut in July, meaning the rest of us will have to wait patiently.

What was your favorite part of WWDC 16? Let us know in the comments section below, or on Google+, Twitter, or Facebook. 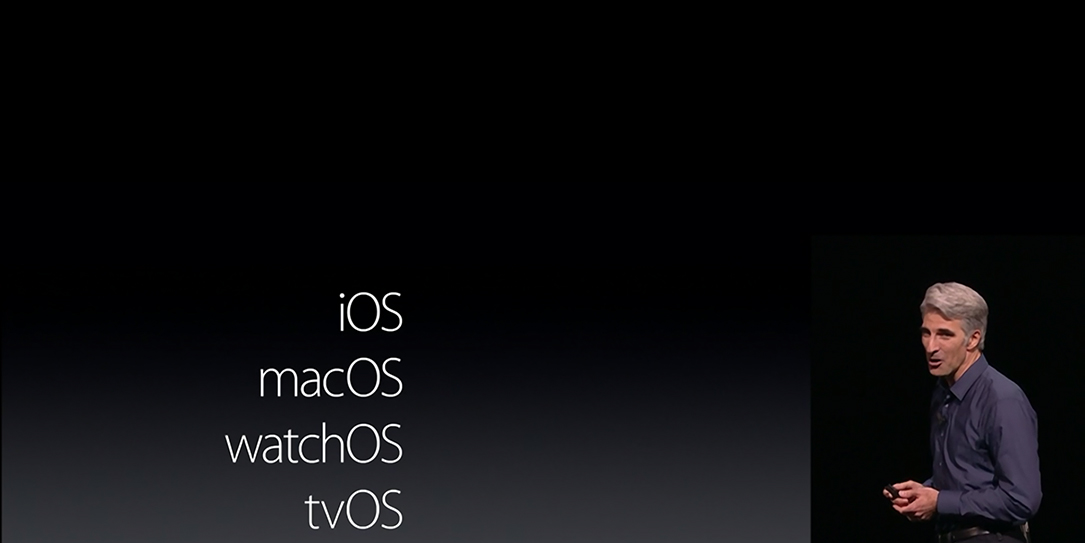