According to the popular movie and TV tracking website, IMDb, the most recent Game of Thrones episode is now the highest rated TV episode ever. “Battle of the Bastards” has dethroned Breaking Bad‘s “Ozymandias” based on user votes and IMDb’s weighted vote system. If you take the raw average into account, “Battle of the Bastards” is sitting at 9.8 while “Ozymandias” has an average of 9.7. In addition, the ninth episode of Game of Thrones’ sixth season currently has over 86,500 user votes compared to the 76,000 of Breaking Bad‘s 14th episode of season five.

SPOILERS FOLLOW FOR Game of Thrones AND Breaking Bad, YOU HAVE BEEN WARNED

If you’re caught up with Game of Thrones, there’s no doubt that last week’s episode was one of the best — and most epic — so far. The animosity between the Starks and the Boltons finally comes to a head and the “Battle of the Bastards” features perhaps one of the largest fight scenes seen in a TV episode as Jon Snow goes up against Ramsey Bolton in his attempt to take back Winterfell. Not to mention being satisfied for once when a major character bites the bullet in Game of Thrones, something that is rarely seen. It’ll be interesting to see if next week’s season finale, “Winds of Winter,” will be able to top that — although I’m skeptical that it, or any other episode can.

According to EW, “Battle of the Bastards” boasted some pretty impressive production numbers. These included:

Breaking Bad‘s “Ozymandias” was no slouch of an episode either, which featured the desert stand-off between Walter White and Hank Schrader, his brother in law, resulting in the death of the latter.

Do you think “Battle of the Bastards” deserves to be the highest rated TV episode ever? Or do you think “Ozymandias” does? Let us know in the comments below, or on Google+, Twitter, or Facebook. 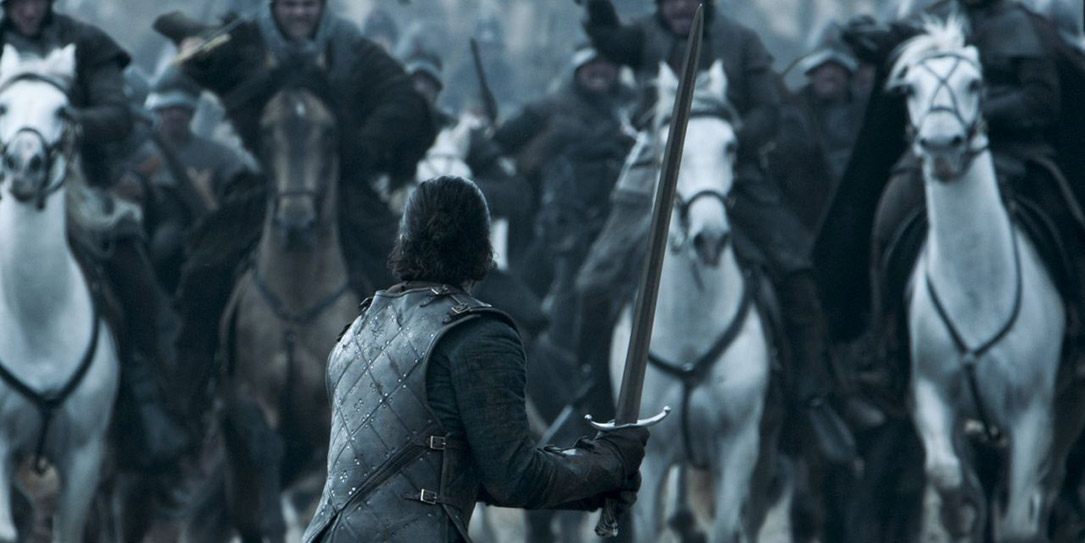