Acer Chromebook R13 review: This could be your next Chromebook

Acer is known for offering some pretty good laptops, desktops, Chromebooks, and more. Chromebooks are for the budget friendly folks out there looking for something that will be able to hold them over the years until they decide to get another laptop, and I think they did just that with the Acer Chromebook R13. It has great specs and has the ability to fold 360° making it into a tablet, along with being touchscreen which some people may be looking for. Will this be your next Chromebook purchase? Let’s take a look at the review and find out.

The Acer Chromebook R13 reminds me of the Google Chromebook Pixel and the older Apple Macbook Pros with the square-ish, rounded corner design and there’s nothing wrong with that. If you took off the “Acer” logo and darkened the silver tone a bit more, you might mistake it for the Chromebook Pixel. The front of the Chromebook R13 has Acer’s logo and the “Chrome” logo too and that’s all you really need on any laptop to keep it looking nice and sleek. While the R13 is closed, it’s very thin looking and that’s how laptops are supposed to be in this day and age. Once you open the Chromebook, you’ll be welcomed to a nice 13.3″ screen size and a semi large keyboard with the trackpad underneath it. As for the keys on the keyboard, they are evenly spaced out and have a nice travel when typing. You don’t need to smash down a key just get a letter to show up. On the right side, you’ll find an air vent, volume rocker, 3.5mm headphone port, and the power button while the left side is home to the other air vent, the microSD card slot, USB 3.0 port, HDMI port, and USB Type-C port.

Now, like the Acer Chromebook R11, which was able to fold 360 degrees, the R13 offers the same ability. I like that Acer is doing this and keeping it only for the R series Chromebooks because it makes them unique from other laptops. The hinge in the middle of the Chromebook allows the screen to fold all the way back and use it like a tablet, or if you don’t want it to bend all the way back, you can turn it into a tent or have it showing just the display.

The R13 has a 13.3 inch IPS LCD FHD (1080 x 1920) touchscreen display and with it being IPS, colors are fluid and accurate. The touchscreen has the ability to have up to 10 fingers being used with 10-point touch technology and is pretty good at keeping up when being used whether it’s scrolling on a web page or typing on the virtual keyboard. Viewing angles are nice no matter the brightness being used and again, the colors were still accurate. The operating system on board is of course Chrome OS, but the plus side to it just having Chrome OS is that it the R13 has the ability to download apps from the Google Play Store. When working with Chrome OS, you’re getting the basic pre-installed applications such as Google Docs, Google Sheets, Hangouts, Chrome, YouTube, Play Music, etc., but thanks to the Play Store being an option you can download some games or apps that you use on your Android device. Please note, that the Play store is still in beta, so if you do want to get it, you will need to change the software to beta instead of stable, which can be done through settings.

Chromebooks aren’t meant to do much other than go on the web, maybe have a hangout call here and there, or create documents and play some games so the performance on most Chromebooks are good enough for folks. This guy comes with a MediaTek quad-core 2.10GHz processor and 4GB of RAM, which went hand in hand very well. I was able to have eight Chrome tabs open, two being random Youtube videos while playing Cut the Rope at the same time and I didn’t notice any hiccups along the way. Speaking of games, the Chromebook R13 comes with PowerVR GX6250 GPU and renders games pretty well. I only played Cut the Rope, but I believe that any game you throw at it will do just fine. The placement of the speakers caught me off guard for a minute as I thought they were on the side of the unit only to find out that those were air vents. The speakers are actually at the bottom of the R13 and though no matter the volume on whatever surface I placed the unit on, I was still able to hear either music or videos. Getting it below what seemed like 30% volume wasn’t the greatest as I was barely able to hear anything unlike other laptops I’ve reviewed where I could still hear at least people talking. Regardless, sound quality wasn’t muffled no matter where the volume was placed at, even when at max.

Like most laptop webcams, they’re set to 720p and the Chromebook R13 is no exception. But with this webcam, it includes HDR and has an 88-degree wide viewing angle so if you’re having a conference call, everyone can be seen. When taking photos with the camera, they turned out decent. You can still see the picture, but there’s too much noise going on. Even with there being more ambient light in the room.

Acer claims the battery life of the R13 can get up to 12 hours of usage off of one charge, but we all know that can vary depending on what you are doing. With the month of having this review unit, I was able to get just shy of 12 hours off of one charge and that was with shutting down the Chromebook here and there, playing games, music, videos, browsing the web, and writing this review. Other times I just wrote this review and called it a day and still hit 12 hours.

Acer is offering two models of the Chromebook R13 with the price starting at $399.99 and going up to $429.99. The lower price unit comes with the specs mentioned at the beginning of the review, but will only have 32GB of storage whereas the $429.99 model has 64GB storage. For a $30 difference, it’s not that bad since you’ll receive double storage.

Chromebooks are for those that don’t really want much in a laptop and want it on a budget and the Acer Chromebook R13 does just that. For a starting price of $399.99 with great specs, you really can’t go wrong with putting this Chromebook on your list. The screen is great, so is the sound, and it folds 360-degrees into a tablet. These examples may not be enough for some, but this Chromebook is worth the money you’re putting down. 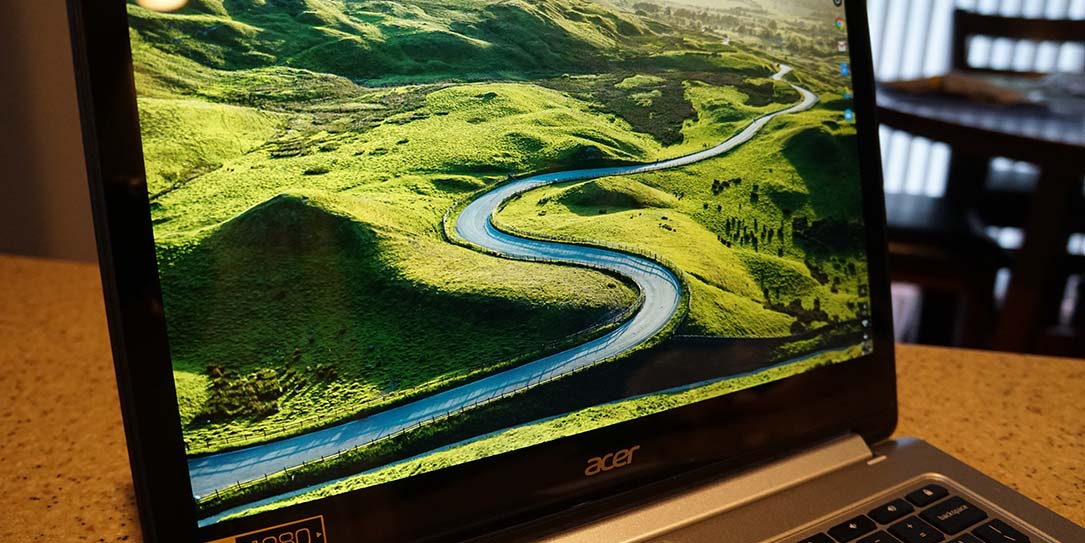 Echobox Finder X1 review: In-ear sound that blew me away