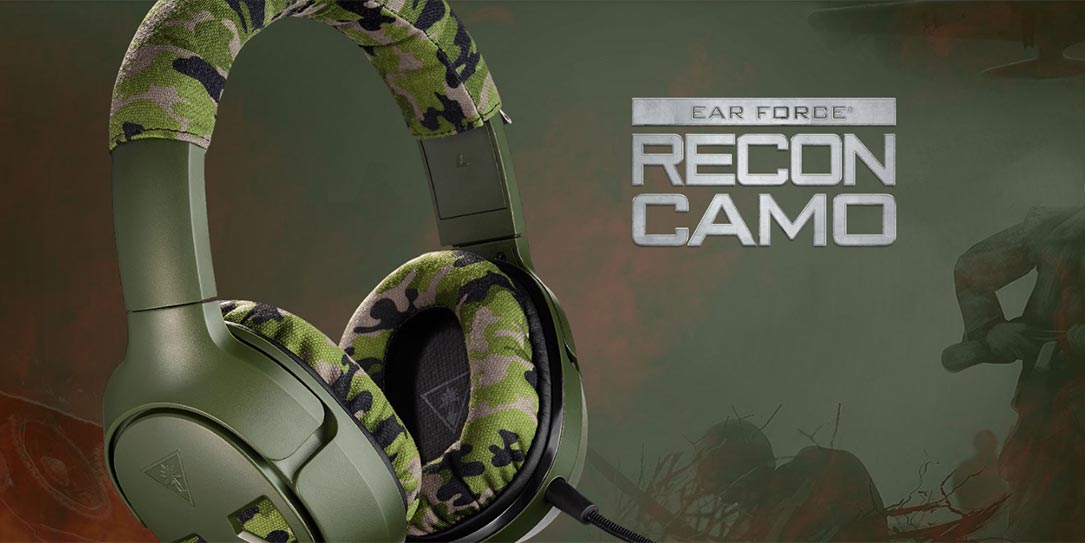 The World War II styled gaming headset has a distinctive camouflage fabric wrap on the headband and earpads.

With a military-inspired finish, the new Turtle Beach multi-platform Recon Camo gaming headset is now available for the Xbox One, PlayStation 4, PC/Mac, and mobile devices.

The World War II styled gaming headset has a distinctive camouflage fabric wrap on the headband and earpads, as well as a military green colour scheme for the rest of the headset. Given the price point, you might expect to find 40mm drivers but Turtle Beach has upped the ante by including its large, high-quality 50mm drivers instead.

“As gamer excitement around this year’s premier video game launches builds to a crescendo, we’ve delivered another high-quality gaming headset, this time with a unique look and feel to match their excitement and passion around the WWII theater of war,” said Juergen Stark, CEO, Turtle Beach. “The Recon Camo delivers the essentials needed to dominate the multiplayer battlefield, including large 50mm speakers for powerful game audio, our renowned high-sensitivity mic for crystal clear chat, and ultimate comfort – all designed to help to secure victory during those inevitable long gaming sessions.“

Key features of the Recon Camo gaming headset include:

The Recon Camo gaming headset is now available for $69.95USD.

What do you think of the Turtle Beach Recon Camo gaming headset? Is it something you are thinking of picking up? Let us know in the comments below or on Google+, Twitter, or Facebook.