Android TV vs. Google Chromecast: Why is Android TV better?

You must have seen it several times already: the fight between two TV hardware streaming devices to prove once and for all who’s the best. While both are good compact modern hardware devices, we must hand over the big win to Android TV. Here, we’ll be discussing why we think more people are in favor of Android TV over Google Chromecast in terms of the overall experience.

But first, let’s take a quick look at what these two hardware devices are.

What is Google Chromecast?

Google Chromecast is a convenient HDMI dongle that’s basically plug-and-play. All you have to do is insert it in the HDMI port of your TV and connect your phone to it via Wi-Fi within the Chromecast app. It’s really very simple to set up and can be used on any TV with an HDMI port. You can even take it with you on the go.

You can mirror your phone to the Chromecast and “cast” most of your favorite streaming apps to it (like Netflix and Plex). This results in the ability to use your phone as your source and your TV as your screen. It runs smooth especially with a Google Pixel phone but can have some minor bug issues on other Android and iOS devices. If you are using an iOS device and the app you want to view on your Smart TV does not have Chromecast capabilities, you can use AirbeamTV to cast your iPhone to Chromecast.

What about Android TV?

The Android TV is a small box of joy that combines the basic functions of TiVo, the access of an Android smartphone, and a small gaming console. Obviously, it’s more complex than the Chromecast due to its multifunctionality. It also allows users to use their smartphone as a remote control with easy swipe functions that make it more convenient for you while watching/streaming on TV.

In short, it’s a convenient hardware for those who want TV on the fly in just mere seconds.

When it comes to pricing, it’s almost similar to Chromecast. An Android Box costs around $35 and the Xiaomi Mi sells at $50. But if you want the real deal, purchase an Nvidia Shield — $180 for the 16GB model or $300 for the 500GB version.

So why do we think more people prefer Android TV?

It’s simple, really; it does everything a Google Chromecast does and beyond. Android TV isn’t just a streaming device for your phone; it gives you full control of your TV through your phone whether you’re watching, playing or stream music.

It can even serve as a smart home assistant too through voice control. It may not be Alexa but it surely makes the couch potato lifestyle much better. Let’s break down some of its essentials.

On the UI front, Chromecast does not have an interface at all; it just replicates what your phone is showing and that’s it.

But for Android TV, it’s a thing of beauty. You can take control of it using a remote control, an NVIDIA controller, or with your phone’s app. When you’re using a phone, you don’t need to install certain streaming apps on your phone in order for Android TV to function. Instead, install the apps on the Android TV device itself. Voila, no more heavy apps hindering your phone’s memory space anymore.

For Chromecast, you will need the basics on your phone: Netflix, YouTube, Hulu, and other major streaming apps. For Android TV, all the high-profile viewing apps are available right on the fly.

On the other hand, for Chromecast, gaming depends on what you have on the phone. Some games do not have an adjustable resolution with the TV screen, making some games blurry to look at. Also, it just feels awkward to play the games with your phone while looking at the screen.

With Android TV, you can equip a controller so you can play with ease. The OS has Google Play in it so you can store all the games you want in the glorious box. The NVIDIA Shield comes with a specialized controller that makes it easier to play your favorite games.

Chromecast is just a streaming dongle for your phone, plain and simple. There’s nothing wrong with that but some people just want more. That is why Android TV exists. Beyond TV, it even functions as a Google Home program too. Eat your heart out Alexa.

Android TV also syncs with whatever TV service provider you have.

On the phone, you don’t even need to whip up the TV app in order to use it as a remote control. You just need to do the right swipe/tap gesture to make it function — even if your phone is locked.

It’s obvious to see at this moment that Android TV is the alpha between the two. Sure, it costs much more in some cases but it does above and beyond what a Google Chromecast can do.

Google Chromecast may sell more than its competition but that doesn’t mean it’s better at all — it’s just much simpler and budget-friendlier than the Android TV.

But if you have enough budget, go for the Android TV no questions asked. 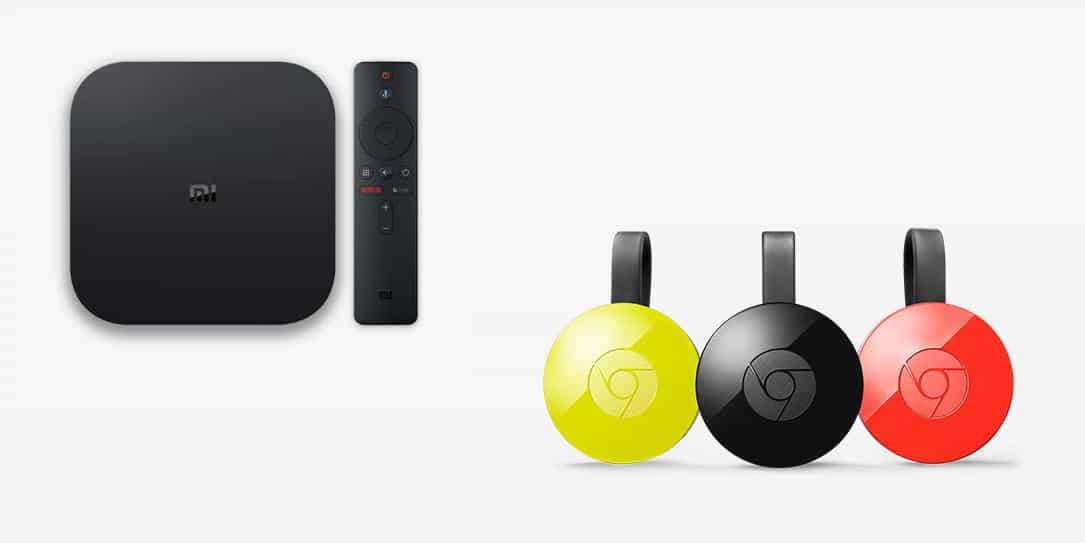 Xbox Game Pass May update: BJ Blazkowicz, life on Mars, and much more!