Do you have a Samsung Galaxy Note10/10+ or S10/S10+/S10 5G, use a screen protector, and are using the in-display fingerprint scanner to unlock your smartphone? If so, you’ll want to disable this feature and use a PIN, pattern, or face unlock instead until Samsung issues a fix.

According to reports on the BBC, users with a screen protector have discovered that unregistered fingerprints can unlock their Galaxy S10 device.

After buying a £2.70 gel screen protector on eBay, Lisa Neilson registered her right thumbprint and then found her left thumbprint, which was not registered, could also unlock the phone.

She then asked her husband to try and both his thumbs also unlocked it.

And when the screen protector was added to another relative’s phone, the same thing happened.

Forbes also wrote about the issue, going into a bit more technical detail as to what may be causing the issue.

It seems that the in-display tech has made it difficult for screen protectors to operate […] when a certain type of protector is placed over the Qualcomm scanner, it seems to be in direct contact but there’s a gap that confuses the reader. This was a challenge for screen protectors—made worse when the fix at least one manufacturer found was dangerous.

…the use of a cheap gel screen protector from eBay has completely undone the security of the device. A pliable gel protector had captured the authorised user’s fingerprint and then essentially stored this ready for the next access attempt. This meant the device would open whenever pressure was applied.

Samsung has acknowledged the issue and issued a press release advising users with silicone screen protectors to disable and erase their currently registered fingerprints on their device. A fix is incoming as early as next week after which time Samsung says it will be safe to use their in-display fingerprint scanner to secure their latest flagship devices.

To prevent any further issues, we advise that Galaxy Note10/10+ and S10/S10+/S10 5G users who use such covers to remove the cover, delete all previous fingerprints and newly register their fingerprints.

If you currently use front screen protective covers, to ensure optimum fingerprint scanning, please refrain from using this cover until your device has been updated with a new software patch.

A software update is planned to be released as early as next week, and once updated, please be sure to scan your fingerprint in its entirety, so that the all portions of your fingerprint, including the center and corners have been fully scanned.

While fingerprint and face unlock biometrics are convenient for users, recent reports are casting some doubt on if they really are that more secure over traditional PIN methods. Even the upcoming Google Pixel 4 has an issue with their Face Unlock method in which the phone recognizes a user even if their eyes are closed.

Have you experienced this issue on your newer Samsung flagship device? What do you think about using biometrics like in-display fingerprint scanners or face unlock to secure your smartphone? Do you rely on these newer methods or have you stuck with a PIN unlock for your device? Let us know in the comments below or on Twitter, Facebook, or MeWe. 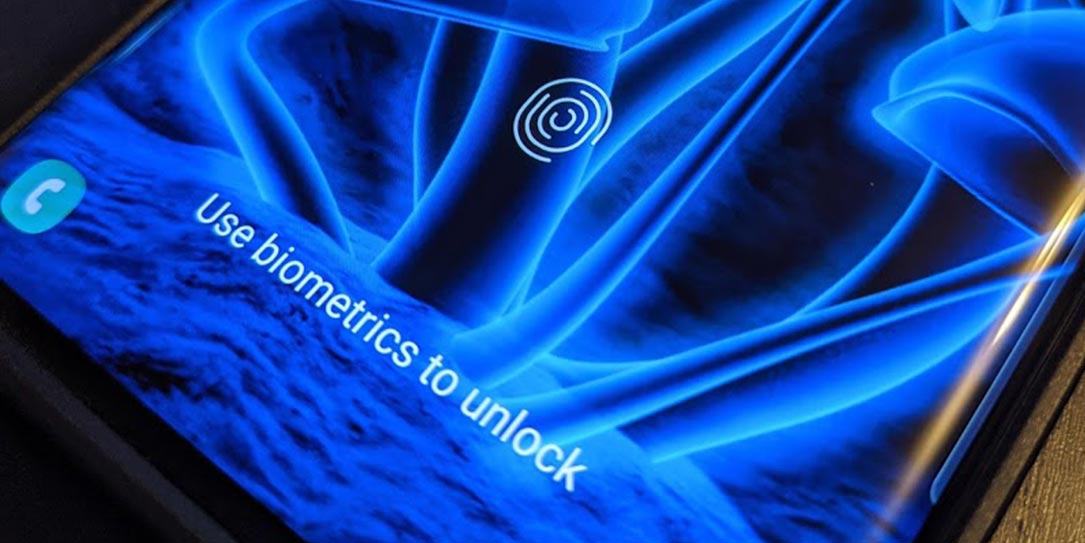 JBL LINK BAR review: A decent, but not perfect, upgrade for “dumb” TVs