Lenovo was nice enough to let me spend some time with a newer breed of hardware: the Lenovo Horizon 2e Table PC. I’m familiar with both PCs and tables, but the Table PC was a new one for me so I was excited to take the Horizon for a spin. How does it run? Keep reading for my Lenovo Horizon 2e Review.

Since I got all of my “hey, this is Windows 8” stuff out of the way in my Miix 2.8 review, I won’t focus too much on the operating system here. I will mention that a keyboard/mouse plus touchscreen feels like it is the optimal way to interact with Windows 8. The keyboard/mouse combo helped with a few of the issues I had on the Miix, and the touchscreen helped with the Metro UI, since that is largely a tablet OS element anyway. With that being said, most of my time on the Horizon 2e was split between the regular-old desktop mode, and the Horizon’s most unique feature – AURA.

I’ll get back to AURA in a little bit, but first, desktop PC mode. The Horizon 2e is a fairly capable all-in-one pc. The specs are decent, with either an i3 or i5 processor, 4GB of memory, 1TB HDD + 8GB SSD, NFC, and a 21.5” 1920×1080 LED screen. The screen is very big and bright, and the hardware is very snappy for general computing. The Horizon 2e really shines for web browsing, and media consumption. The speakers on the Horizon are on the back of the unit. For this reason, I’d recommend putting the Horizon at least close to a wall so that the sound can more easily reflect. I was testing in an open area and everything sounded a bit more hollow. Not bad, mind you, there are simply more optimal places to set up the Horizon 2e.

The included wireless keyboard and mouse are very compact, but comfortable to use. They both pair with the Horizon 2e natively without any sort of adapter or USB dongle. The keyboard is a standard chiclet style in a small form factor.  The keys have a good feel and response. My only complaint with the keyboard was the positioning of some of the keys. In particular, the keyboard has a Fn (Function) button to the left of the left Ctrl. This was a bit of an issue when I tried using keyboard shortcuts such as cut & paste. Old habits and whatnot, it’s very much ingrained in my head that Ctrl is going to be in the lower left-hand corner of the keyboard, and my pinky just goes there out of habit. Aside from the new tricks for this old dog, the keyboard functioned exactly as it should.

The compact arc-shaped mouse is comfortable, even for someone with large hands, and very responsive. It has your standard left and right mouse buttons, but probably the coolest feature is a capacitive scroll area between the two buttons. This isn’t the first mouse to include this feature, but it was definitely implemented nicely. The touch-scroll normally worked very well, but I found on occasion that it would randomly start to scroll somewhat wildly and out of control when I was scrolling down.

Gaming is a bit of a mixed bag. All-in-one PC’s generally don’t have the type of beefy hardware required for some of the biggest or newest games, but the Horizon 2e and its integrated Intel graphics processing held it’s own well enough. I was able to play Mount & Blade Warband – a slightly older, but rather system intense game – without issue. Smaller indie games also had no problem on the Horizon 2e. It wasn’t until I built up to 2012’s XCOM: Enemy Unknown that the Horizon started to creak a little. The tactical shooter stuttered just a bit during gameplay. While this isn’t the end of the world in a turn-based game like XCOM, you’ll probably have issues with any newer fast-paced games.

Other various software worked well on the Horizon. I briefly tried out GIMP and Paint.net, which only further illustrated how horrible I am at photo manipulation. The programs themselves ran without issue, it was definitely a distinct lack of talent on the part of the user in this instance. Anyone with any sort of artistic abilities could probably make great use out of the Horizon 2e’s touch screen and a stylus to create something wonderful. Same caveats as with gaming apply though, the Horizon doesn’t really have the horsepower necessary to run really system intensive programs. You probably won’t want to use it for heavy video editing or anything like that, but for basic and even intermediary sorts of programs you shouldn’t have any issue.

The Horizon 2e is touted as a Table PC – leaving that extra ‘t’ off at the end is important here – since it features an entirely different mode when the built in stand is collapsed and the unit is laid down on a table. This launches AURA mode – a completely touch-driven interface with a menu somewhat reminiscent of Pie Launcher. The completely circular menu spins and expands outwards with your selections for various options such as photos, videos, games, etc. There is a large selection of sample games that take advantage of the touch interface on the Horizon. I tried a few including Air Hockey, Draw Race 2 HD, Chess, and Raiding Company.

The touch response for all games was quite good, and I didn’t have many issues controlling or moving my character, car, mallet, etc. The Horizon 2e does have several game related peripherals available, including sliders (which would have been perfect for air hockey), joysticks, and even dice that interact directly with the screen, though none were included with this review unit so I was unable to test this feature. Most games are built to accommodate up to four players, and the Horizon 2e can handle up to 10 touch points at once.

AURA would honestly be pretty amazing for parties, or for kids. The sample games weren’t really anything all that original, but they were fun. I tried playing a few of the games with my wife and we had a good time. It would probably be helpful if the on-screen mallets in Air Hockey were visible on the board at all times, as our main difficulties with this game were ensuring that we kept our fingers where the mallets were supposed to be. With support for up to 4 players (and 10 points of touch) I could instantly see the appeal for bigger groups or parties.

Photos and videos on AURA were a bit more of a mixed bag for me. I was able to pull all sorts of photos, videos, etc. out of the circular launcher, which would then scatter across the screen. The instructional video for AURA showed a simple circle motion to group items together, and other gestures that would remove or return photos to their proper home. I couldn’t seem to get those gestures to work, so I was left with random photos and videos strewn across the screen. I did ultimately figure out how to remove things (drag them to the right edge of the screen, then flick them the last little bit to the right), but it wasn’t the way it was described in the video. My only other complaint with the AURA system was the load time. It took quite a bit of time to both start, and exit out of AURA.

The Horizon 2e also has some NFC functionality. In AURA mode, you can pair an Android device with the Horizon and pull photos, videos/etc. off of your device using the same sort of circular radial menu used for the rest of AURA. I did not get to test this feature, but it seems like it would be a great way to quickly and easily get media off of your supported Android device.

I mentioned that missing ‘t’ at the end for this Table PC earlier. The Horizon 2e does actually have an internal battery that allows for up to 4 hours of use completely untethered. You CAN conceivably use the Horizon 2e as a giant tablet, but that doesn’t mean you SHOULD use the Horizon 2e as a giant tablet. I gave it a try so that you wouldn’t have to. This thing is big, and heavy, and kind of unwieldy in it’s unintended tablet form. I’m a big guy, and even I didn’t think having this thing on my lap was a good idea. The Horizon 2e works great in it’s desktop and tabletop modes, don’t ruin a good thing by trying to use it on the couch.

With that being said, the unplugged Horizon 2e would work very well as a temporary monitor somewhere. Want to stream Netflix out in the garage? If you’ve got wifi out there, you’re streaming. Want to show your vacation photos to all of your neighbors at a block party? The Horizon 2e has got you covered. Using the Horizon 2e in its desktop or tabletop mode while unplugged offers definite positive uses. Using it as a giant tablet probably should not be one of those uses.

Lenovo’s Horizon 2e Table PC is a solid all-around device. It has its limitations, but for a general all-in-one it is perfect for families, or even casual gamers. Really, as long as you don’t expect this device to run Crysis on Ultra settings, or anything equally ludicrous you’ll be in for a positive experience with the Horizon. If you’re in the market for an all-in-one PC, the Lenovo Horizon 2e is a reasonably priced, reasonably powerful option with some excellent features. You can purchase a Horizon of your own at the source link below.

We were sent a demo unit of the Lenovo Horizon 2e for the purposes of this review. 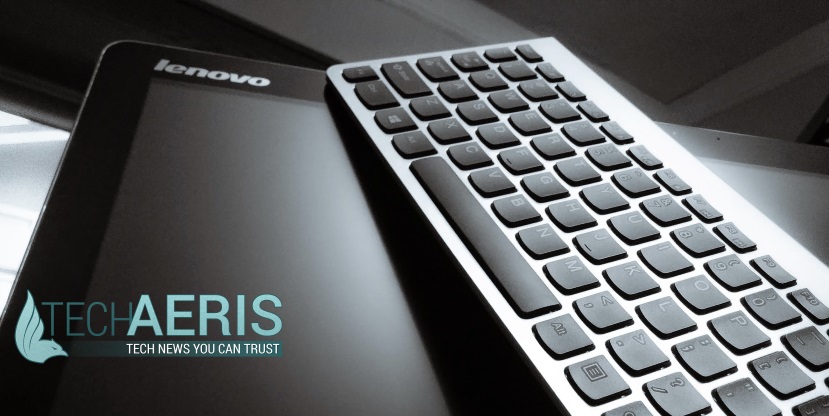