VR has been all over the place lately. From video games to car shows and nearly everywhere in between it’s fairly obvious that Virtual Reality has come a long way recently. There are kid-friendly applications for VR, such as the recently released Mattel View-Master VR which uses VR as an educational tool (and is compatible with other VR apps), but the lion share of VR hardware has been focused on gaming. The NEODiVRjr Kickstarter wants to give kids their own Virtual Reality viewer, but wants to go even further with VR.

While demonstrating a 3D scanning system he’d designed at the Shriners Children’s Hospital in Sacramento, California, project creator Mike Balzer was struck by inspiration: virtual reality could be used in children’s medicine to act as a distraction allowing doctors or surgeons to more easily treat their patients. Mr. Balzer cited research done by the University of Washington that found virtual reality did indeed provide a significant relief to patients undergoing treatment for extensive burns. Patients undergoing a procedure multiple times reported a much lower level of pain when they were engrossed in the virtual world through the VR viewer.

Nobody wants to see children in pain, so anything that might help a child get through a traumatic time more easily should be a pretty easy sell, right? Mr. Balzer has turned to Kickstarter in order to get his project funded as well to make the NEODiVRjr headsets available to children’s hospitals around the world. In fact, $5 of every pledge starting at the $18 pledge level (and $25 of every pledge at the $265 pledge level) will go towards the goal of providing children’s hospitals with these headsets in order to better care for children.

Dr. Clint Slaughter is an ER Physician as well as the CEO of the San Luis Obispo MakerSpace. Dr. Slaughter has been working with Mr. Balzer on this project, and you can see in the video below that he believes this project will be beneficial in the world of Children’s medicine.

Now, helping kids is fantastic, but you might be wondering what benefit this project has for you if you (if you are a child) or your children (if you are a parent) are fortunate enough to not need the services of a children’s hospital. You’re covered, as the NEODiVRjr is certified to work with any Google Cardboard content, including content created for the Mattel View-Master VR. This is a project that you can enjoy yourself, and feel secure in knowing that your donation will also be helping kids get through what has to be a very difficult time in their life.

The NEODiVRjr Kickstarter campaign is running for another 20 days and I’m not going to lie, they are going to need some help to get funded. You can get in on your very own basic viewer at the $19 pledge level, but any pledge amount will help bring this project to life and could very well help a lot of kids. 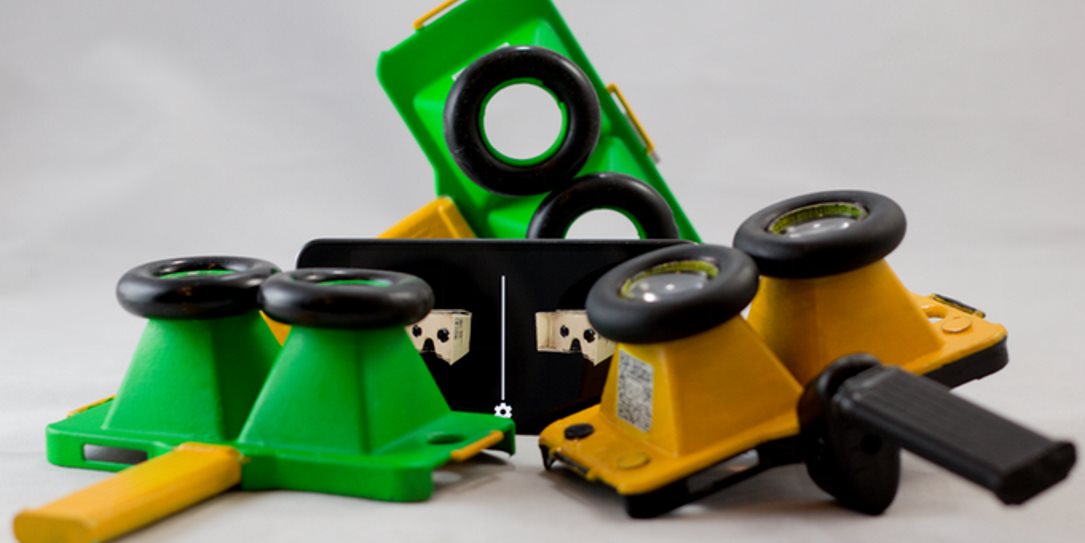