Happen to buy a new laptop and couldn’t afford the touch screen option? Neonode Inc. has a solution for you, AirBar. AirBar is a light emitting bar that turns your non-touch screen into a touch screen. It’s pretty wild, you can use all the gestures you’re familiar with such as swiping, pinching, zooming and scrolling. The only way to really grasp this is to watch the YouTube video below.

Neonode will demonstrate AirBar during the electronics show in Las Vegas, from January 6-8, 2016.

AirBar is a slim module that is magnetically attached at the bottom of a PC’s display. When attached and plugged into the USB port the sensor is activated and starts to emit invisible light to detect the user’s touch and gestures. PC users can then interact with their devices using familiar touch actions like swiping, pinching, zooming and scrolling. AirBar is a portable solution to be used at home, in the office, at school or when traveling and can be used with fingers, gloves, long fingernails and even paintbrushes.

“Imagine taking a non-touch PC, and within seconds making it a touch interactive device. Our sensor does not require installation of new drivers or lengthy instructions. The user simply connects AirBar and can then start to interact with the display immediately – it´s Plug and Touch. Compared with today’s PCs with built in touchscreens the AirBar sensor keeps your high quality matte display glare free and without greasy finger prints,” said Remo Behdasht, SVP Business Development at Neonode.

For a limited time the 15.6 inch version of AirBar is going to be available at www.air.bar for an introductory price of $49 and we’re going to try and stop by to see them at CES2016. One thing of note, AirBar does not support OS X and has limited functionality with Macs, Chromebooks are supported. 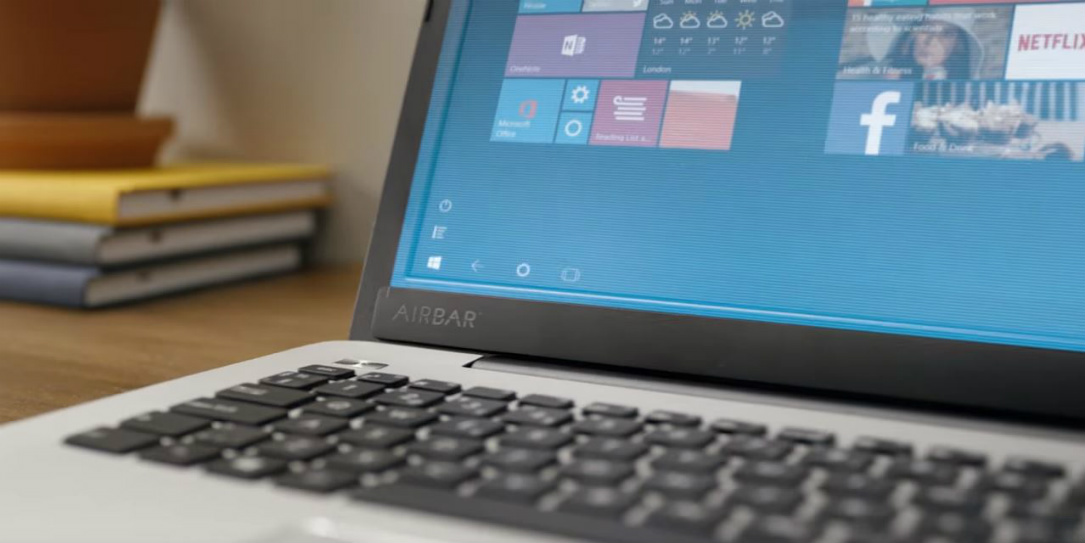