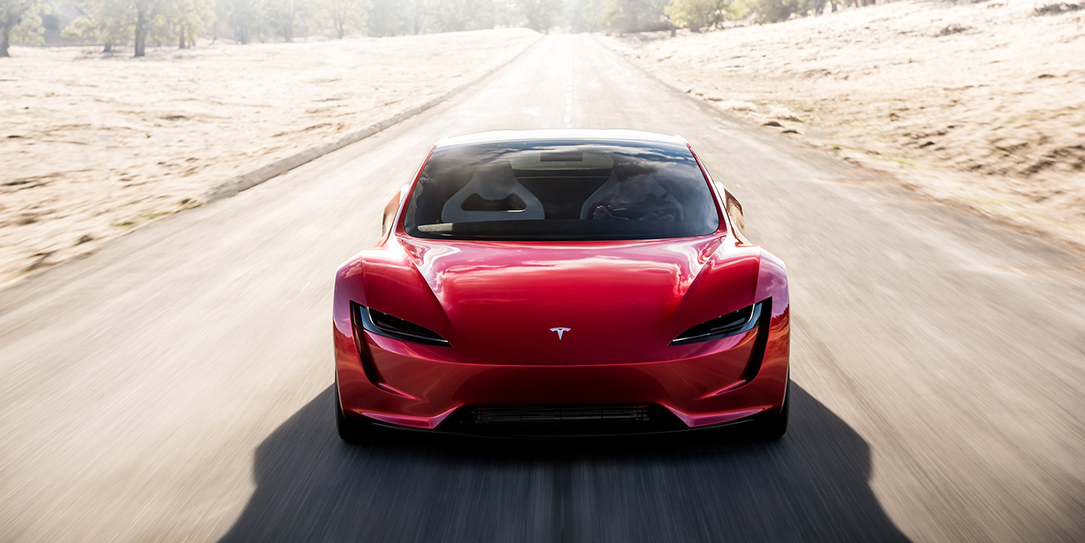 The first Tesla Roadster was produced from 2008-2012 and was pretty well received, except for the Jeremy Clarkson incident. Now Elon Musk is heading back to his roots as he unveiled the new Tesla Roadster that is an absolute stunner. Musk is building his empire on an electric future so it’s not surprising he has some fighting words for gas-powered vehicles. He called the Roadster a “hardcore smackdown to gas-powered cars.” Adding those gas-powered vehicles would look like “steam engines with a side of quiche.” Here’s a rundown of the base specs you can expect from this beauty:

The quickest car in the world, with record-setting acceleration, range and performance. As an all-electric supercar, Roadster maximizes the potential of aerodynamic engineering—with record-setting performance and efficiency. The first supercar to set every performance record and still fit seating for four. A lightweight, removable Glass Roof stores in the trunk for an open-air, convertible driving experience.

Watch the actual unveiling of the Roadster below.

Holy stunner Batman! Musk’s team has really outdone themselves in creating this stunning design and insane performance specifications. But this car isn’t for the average Joe, not at $200,000+ USD. Only a handful of deep-pocketed buyers will be able to park a Tesla Roadster in their garage. It will be very interesting to see how many units Tesla manages to sell since the market for this is going to be smaller than say a Model 3. Still, it is a beauty and perhaps we’ll get a chance to test drive one in the future.

What do you think of the new Roadster from Tesla? Let us know in the comments below or on Google+, Twitter, or Facebook.

BenQ debuts “true 4K” HDR projector for home theatre setups
Orée Board Essential review: A keyboard at one with nature
To Top