Samsung is apparently trying again with another Galaxy View tablet

A behemoth of a tablet from Samsung that launched way back in 2015 may be getting another shot if recent rumors are to be believed.

Sources that spoke with Android Police explained the new Galaxy View 2, or whatever it’s going to be called, will have a slightly more compact and practical design. If so, this is definitely much better than the original Galaxy View which was a giant and had more weight than needed. For that, and other reasons, that tablet didn’t do so well. This time, Samsung is going to be having a 17.5-inch display, down from 18.4 inches. The screen resolution will still be Full HD, 1080 x 1920, which isn’t bad considering the size of the tablet.

Supposedly, the sources also told AP that the new Galaxy View will have two different positions to it. First, you can use the tablet similar to how the Surface tablets are allowing the device to go down to a certain degree, or in this case, about a 30-degree angle. The second lets you use the tablet standing up, allowing you to view the screen when watching videos.

Other rumored specs include an Exynos SoC, 3GB RAM, run Android 8.0 Oreo, offer a MicroSD card slot for more storage, and will not have Samsung DeX installed. No info on internal storage sizes have been linked yet, but with the original View having 32GB, this iteration could have a bump up. This new tablet from Samsung could be sold by AT&T again and may be included in some DirecTV bundle of some sort.

Nothing has been provided as far as pricing an availability goes, so all we can do is wait for more rumors to show up or an official announcement from Samsung.

Here’s the question you all could be asking yourself, does Samsung really need to make another Galaxy View tablet for consumers? Let us know in the comments below or on Google+, Twitter, or Facebook. 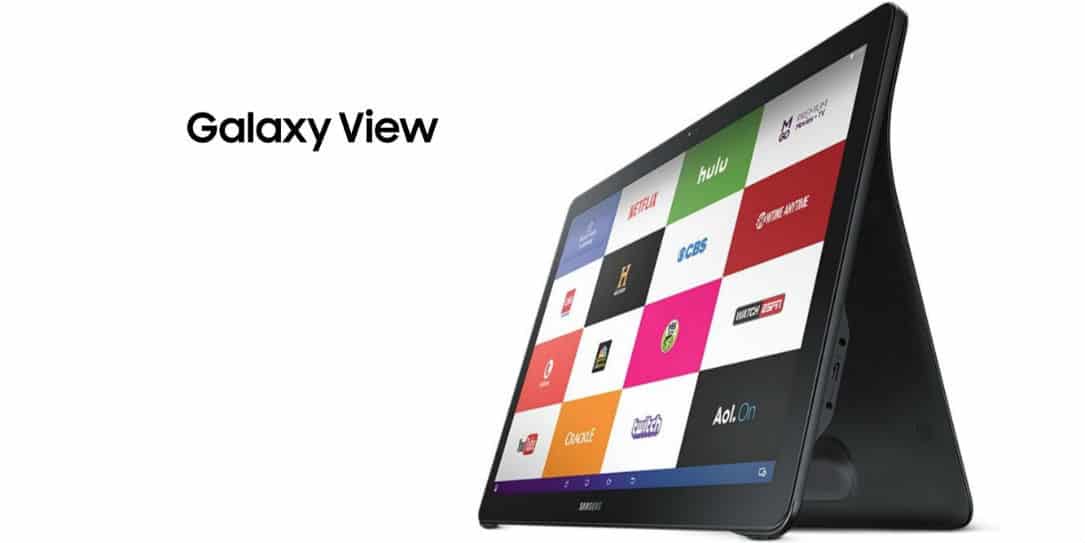