Use The Baller in different matches

You know that hamster ball you’ve all probably been using? Well, now it has it’s own challenge. Since they’re supposed to be done in separate matches, you will be able to complete this in 5 matches.

Get an elimination with a scoped weapon and a suppressed weapon

Considering this can be done over the course of a week, getting suppressed weapon eliminations will be the easiest to get first and then a scoped elimination.

Launch yourself through structures with a Pirate Cannon

Lazy Lagoon is going to be your best friend for a week. Landing at that location has a high concentration of cannons, so once you find one, launch yourself at a structure near you 25 times.

With this challenge, you’ll have to follow the red lines from a treasure map you find that will lead you to buried treasure. Since these maps are random, it could take a bit of time to complete this.

Like any other elimination challenge, defeat 3 opponents at Happy Hamlet or Pleasant Park and you’ll get this challenge done quickly.

Check back later for the Fortnite Season 8 Week 5 challenges to see what Epic Games has in store for all those who like getting challenges done first and then taking out enemies and claiming victory as the last one standing.

What do you guys and gals think about the Season 8 Week 4 Fortnite challenges? Are they easy enough to get done in a few days of grinding? Let us know in the comments below or on Twitter or Facebook. You can also comment on our MeWe page by joining the MeWe social network. 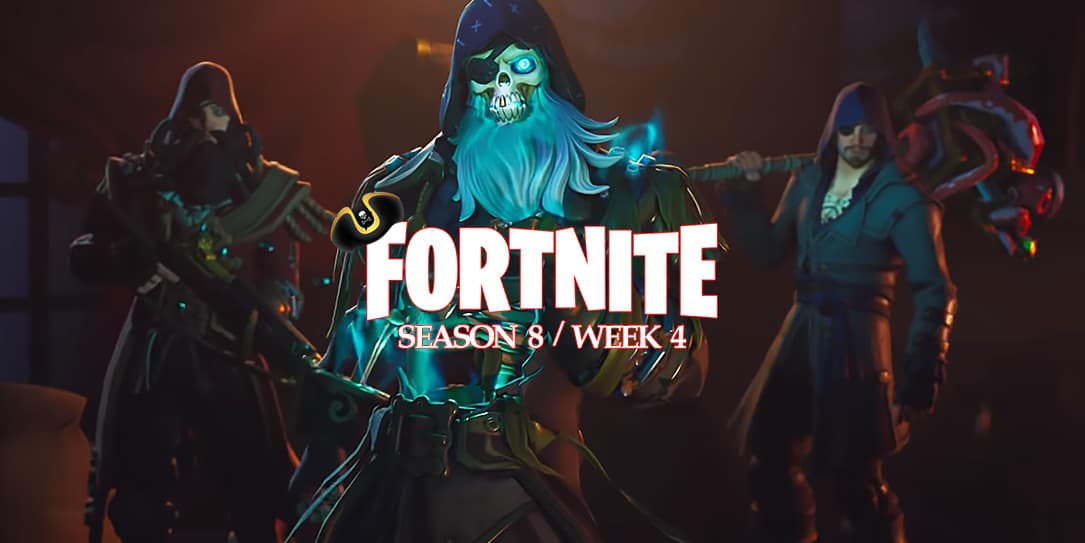 Where is Xur and what is he selling? March 22-26th