Launch off of an Air Vent in different matches

This challenge will require you to use 5 Air Vents in 5 different matches and since they are scattered across the map, it’s your decision as to which Air Vent you want to hit up during each match.

Stage 1 or 5: Land at Snobby Shores

You have two choices, either land at Sunny Steps or Shifty Shaft. From there, find a weapon and take out 3 opponents at either of these locations.

Deal damage with Pistols to opponents

Pistols probably aren’t the weapon of choice for some if you find other weapons near you, but for this challenge, you will need to deal 500 damage to opponents with a pistol.

Visit an oversized phone, a big piano, and a giant dancing fish trophy

This challenge doesn’t have to be done in a specific order, but you will need to visit an oversized phone that’s located East of Lazy Lagoon at the top of the map. You can’t miss the phone due to it being red and well…oversized. The giant piano is located a bit North of the mansion located near Lonely Lodge. And last but not least, the giant dancing fish trophy is located Southwest of the Mega Mall.

Search chests in different named locations in a single match

You shouldn’t consider this a hard challenge but it may take some time depending if the storm is in your favor and you find one chest and dip to another location. You will need to search for chests in 3 different named locations to complete this challenge.

Stage 1 of 3: Eliminate opponents from at least 50m away

Check back later for the Fortnite Season 9 Week 3 challenges to see what Epic Games has in store for all those who like getting challenges done first and then taking out enemies and claiming victory as the last one standing.

What do you guys and gals think about the Season 9 Week 2 Fortnite challenges? Are they easy enough to get done in a few days of grinding? Let us know in the comments below or on Twitter or Facebook. You can also comment on our MeWe page by joining the MeWe social network. 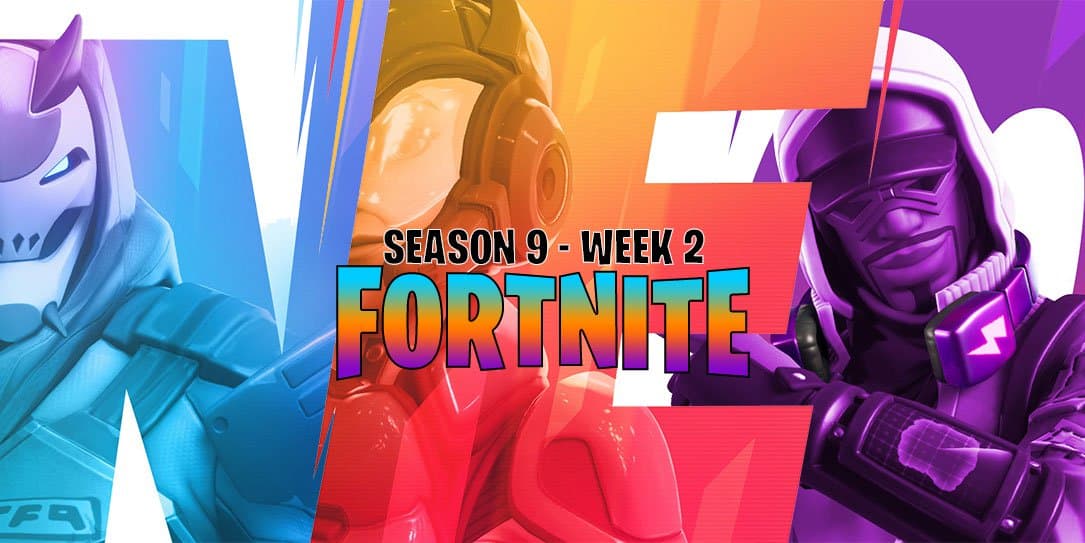 Six industries with the best online learning options in 2019

The Angel Has Fallen trailer looks like another fun action flick