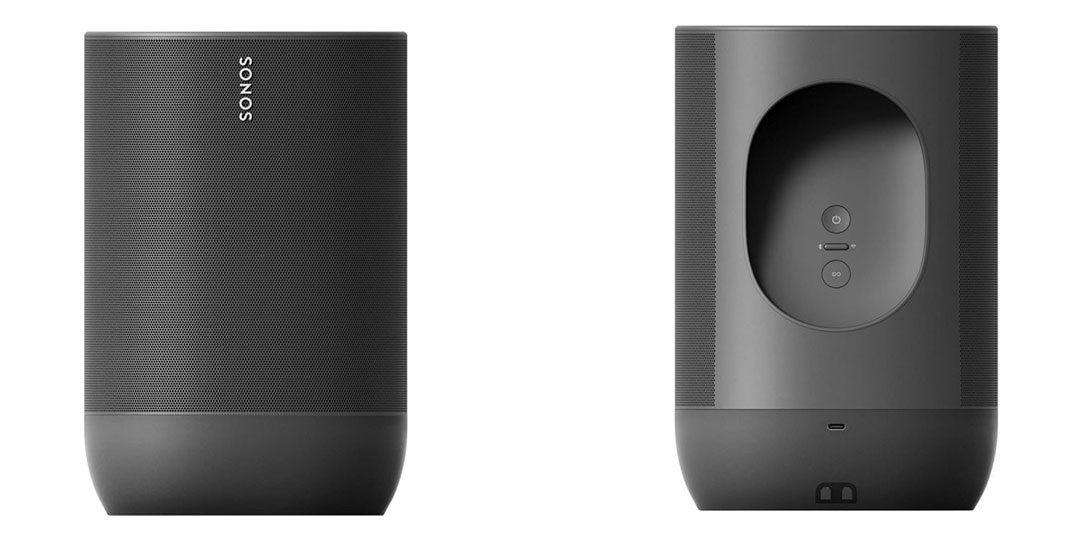 Sonos speakers have traditionally been Wi-Fi connected speakers and users have been clamoring for a portable Bluetooth solution from the company.

Sonos speakers have traditionally been Wi-Fi connected speakers and users have been clamoring for a portable Bluetooth solution from the company. This new Sonos Bluetooth speaker is supposed to have wireless support as well as AirPlay 2 support. The photos leaked today gives us an idea of the design and it certainly looks like what Sonos would do.

According to WinFuture, the Move will be similar to the Sonos One:

The Sonos Move Wireless Speaker, according to previous reports, is slightly larger than a Sonos One but should provide about a similar performance.

It has six microphones to operate voice assistants and, in addition, has built-in buttons for controlling audio playback and volume. LEDs indicate the connection status and the charge level.

According to 9to5Mac, the speaker isn’t going to be weatherproof so it is expected that it will serve as a portable indoor speaker. You’ll most likely be able to use outdoors, just not in wet weather, unless you like to damage your electronics. 9to5Mac also says the speaker comes with a base station and you can see the handle built into the back of the speaker in the photos.

No announcement has been made yet by Sonos and we’re not sure when to expect one. That also means we have no pricing or availability of the new Move so we’ll keep our ears open for when that drops.

What do you think of the Sonos Bluetooth speaker? Let us know in the comments below or on Twitter, or Facebook. You can also comment on our MeWe page by joining the MeWe social network.

Infographic: The future of work
These Human Headphones are crazy looking and cool
To Top