September 2019 Games with Gold: Assassins, something new, and a last chance

It’s that time again to find out what Microsoft has in store for Xbox Live Gold members with the September 2019 Games with Gold offerings. While most Xbox gamers should already have the two Xbox One titles, if you don’t now’s your chance to snag them for free. In case you missed them, there are still a couple of days left to get the last two titles from last month. As always, the Xbox 360/original Xbox games below are Backward Compatible on the Xbox One once they’re available on their respective dates.

Without further ado, let’s check out what the September 2019 Games with Gold Xbox is offering Xbox Live Gold members! NOTE: this will be your last chance to snag Forza Motorsport 6 before it is delisted on September 15th.

Forza Motorsport 6 is the most beautiful and comprehensive racing game of this generation. Collect and race over 450 Forzavista cars, all with working cockpits and full damage. Master wet weather and night racing on your road to victory. Compete in epic 24-player races and Forza Race Leagues across 26 world-famous locales, all at a stunning 1080p resolution and 60 frames per second. The Forza Motorsport 6 Standard Edition includes Forza Motorsport 6, Forza Hub, and the Ten Year Anniversary Car Pack, which features 10 specially tuned and liveried cars, including the 2009 Ferrari 458 Italia, the 2014 Lamborghini Hurácan and the 2013 McLaren P1™.

Featuring all of the Season One locations and episodes from the Prologue, Paris, Sapienza, Marrakesh, Bangkok, Colorado, and Hokkaido. As Agent 47, you will perform contract hits on powerful, high-profile targets in an intense spy-thriller story across a world of assassination.

As you complete missions and contracts new weapons, items and equipment become available for use across all locations. Learn the tools of the trade as you earn your way to Silent Assassin status. HITMAN includes a wealth of content and game modes, catering to long-time fans and new players in equal measure.

A world of assassination awaits you in this award-winning stealth action game. HITMAN – The Complete First Season features all of the Episodes, Challenges, Opportunities, Escalation Contracts and Featured Contracts. Plus access to all future live updates including new Elusive Targets. le!

We Were Here – Xbox One

Team up with a friend or a stranger online to escape an abandoned castle in We Were Here. This challenging puzzler finds you and one other player trapped alone in different parts of a mysterious castle with only your walkie-talkie and voice to help you. Communication and collaboration with your partner are key, as every room will challenge your wits and only your voice and teamwork will allow you to escape.

Eight years since the defeat of the alien invasion and the destruction of the Mothership, civilization recovered most of the prosperity it once had. In 2025 a new state of emergency arises as giant aliens and insects are discovered deep underground. The Ravagers have evolved, and are stronger than ever. The Earth Defense Force must now stand up to these terrifying creatures to save humanity once more!The long awaited sequel that hardcore shooter fans demanded, Earth Defense Force® 2025 is an action shooting bonanza that arms players to repel the most terrifying invasion of giant aliens the world has ever seen. Equip hundreds of weapons across four character classes and exterminate menacing creatures of all sizes to save the world!

WE ARE TEKKEN! Join the world’s greatest fighters to swap blows in action-packed battles! Choose from a massive cast of characters and unleash your most vicious combos to claim ultimate victory!

Are you excited or disappointed about the upcoming September 2019 Games With Gold? Let us know which free game(s) you’re looking forward to the most in the comments below or on Google+, Twitter, or Facebook. 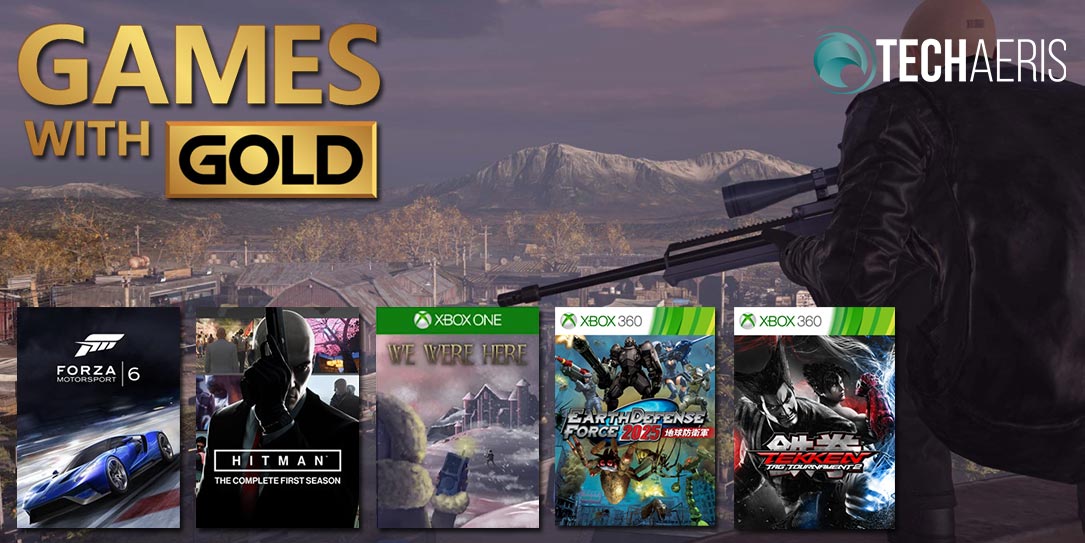 Problems you may face while finding your company name