With more people working from home over the past year, video calls between colleagues and even family have risen dramatically. While most people use their computers or smartphones for this, there are alternatives.

Our Nexvoo NexPad T530 review looks at a Google-certified video conferencing tablet with an FHD display and 4K camera that runs on Android 10. Read on to see how it performs!

The Nexvoo NexPad T530 we reviewed has the following features and specifications:

Nexvoo calls the NexPad T530 a video conferencing tablet, but it doesn’t have your typical flat tablet design. The tablet’s face is rectangular in shape, with the 8-inch display on the left side and a speaker on the right (when in landscape mode). The Nexvoo logo is at the top of the speaker, and the bottom right corner is angled. Roughly 9 1/2-inches wide, the screen with its bezel takes up just about 8 of that and the speaker the other 1 1/2-inches. On the right edge of the screen are three printed touch-capacitive buttons for audio control. The video conferencing tablet is about 5-inches in height.

The left side of the tablet is about 5/8-inch thick and houses the HDMI out port, power button, and camera privacy shutter slider. Along the top of the tablet are two small microphones. When looking at the back, the tablet starts to angle up and out from the bottom right, reaching about 4 1/2-inches in depth towards the left. Housed in this triangular portion on the back are the 10/100 Ethernet port, power adapter port, and Kensington lock slot. The triangular portion also angles slightly in from the left and has three pads on it for use in portrait mode.

Finally, on the bottom of the tablet are three pads to prevent scratching and sliding when used in landscape mode on a desk or table.

While not necessarily a design feature, the NexPad T530 doesn’t have an internal battery in it. This means you can’t easily take it on the go, slightly reducing its portability and use case scenarios. The addition of a battery, even one that would last a few hours, would be a great addition and add extra value to this video conferencing tablet.

Even though the 8-inch display has a pretty crisp 1900×1200 FHD resolution, the colours are a bit muted and it could do with some extra brightness at the top end. It is suitable enough indoors, especially in a conference room or home office with minimal windows. In brighter settings, the display is still viewable but a bit dim at full brightness.

As for other adjustments, there are no colour setting adjustments on the display to tweak it to your liking. Being a touchscreen, you will get some glare off of it due to its glossy nature, and it is prone to fingerprints.

Set up is pretty straightforward, especially if you’ve used an Android device before. Start by connecting the NexPad T530 to the included AC adaptor. Alternatively, the tablet also supports POE (power over Ethernet), so if you’re set up for that you can power it that way as well. If you’re planning on using it on a wired network, connect an Ethernet cable to the network port. Set the tablet in portrait or landscape mode and press the power button to turn it on.

As with any other Android device, the tablet will walk you through signing in with a Google account and setting up your tablet. The usual options like syncing it from another Android device to adjusting your font and background. The included Quick Start Guide does a good job of going through the basics of using Android if you’re new to it.

You can also set up multiple user accounts in the settings, which is great for an office (or even home) environment if you don’t want to use a shared account.

Setup shouldn’t take more than 5 or 10 minutes depending on if there are updates available or not.

The Nexvoo NexPad T530 video conferencing tablet is Google-certified and runs Android 10. It is pretty much stock Android with no skinning or extra pre-installed apps, which is great. However, the latest security update is October 2020, so it is a few months behind in that respect. On that note, it does have full access to the Google Play Store. As such, it has access to video conferencing apps like Google Duo, Meet, Zoom, and Microsoft Teams.

Of course, you can install anything else available on the Play Store and use the NexPad T530 as a regular tablet, albeit on a desk, table, or near a power outlet.

One thing I noticed a persistent notification that states, “QTR Hardware Feedback. Data collected by Qualcomm Technologies, Inc. in the U.S. and shared with its affiliates.” This is something that I hadn’t seen before on an Android device. According to Qualcomm, this can be disabled in the Android settings, but I couldn’t find where to disable it.

As far as Android and video conferencing are concerned, the Nexvoo NexPad T530 worked just fine when testing it out with Google Meet and Microsoft Teams. Apps launched as one would expect, and even though it runs on a Snapdragon 450 with just under 3GB of RAM, it didn’t seem sluggish at all.

When using it with other apps, I found the same thing whether it be Gmail or Youtube or anything in between. While it’s not really marketed as such, it also worked decently enough with Xbox Game Pass and game cloud streaming — for those down times wshen you’re not working.

With a single speaker, I wasn’t sure what to expect. However, it does have decent output (85dB at 0.5m) and is more than adequate for video conferencing. It does get quite loud, but there isn’t much in the way of bass, however, and it does sound pretty flat. As a result, while the volume is decent, it’s not the greatest for listening to music or watching movies. But hey, you can always pair some Bluetooth headphones for better audio quality in those cases.

While most laptops and tablets sport 720p or 2MP front cameras, the one in the Nexvoo NexPad T530 is capable of 4K/30fps UHD video. As a result, depending on your connection, the video is about as crisp as one can get on a tablet or conference camera these days. Not only is it crisp, but the colours seemed decent enough as well.

While the NexPad T350 has a wired network port, you can also use it with a Wi-Fi network. During testing, I had no issues with it on 2.4GHz or 5GHz networks, depending on the distance from the router, of course. It worked just fine on the main floor at home but had a pretty weak signal in the basement where other devices had no issues. I didn’t have any connection issues, but it was slightly slower with the weaker signal. I have better coverage set up with multiple connection points in the office, so connectivity wasn’t really an issue there.

Equally as important as audio and video when it comes to video conferencing is the microphone. In this case, I was told that it was a bit tinny sounding and a tad overcooked. On the positive side, I was very clear and easy to hear with no feedback heard on the other end of my video calls.

Unfortunately, the Nexvoo NexPad T530 isn’t exactly cheap. With an MSRP of US$499, there are a lot of other options you could pick up that do more (like a Chromebook) for less. That being said, a decent video conferencing camera, which you need to connect to a computer, can cost you upwards of $300 so you are getting quite a bit more with the NexPad T530 in one neat package if you’d like the extra functionality.

The Nexvoo NexPad T530 video conferencing tablet is easy to set up, compact, has decent video and audio, has Google Play Store access, and easy to use. However, it is on the pricy side. It is compact and easily portable, although it lacks a battery for use in non-traditional locations for short periods. 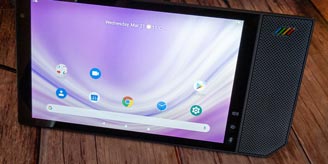 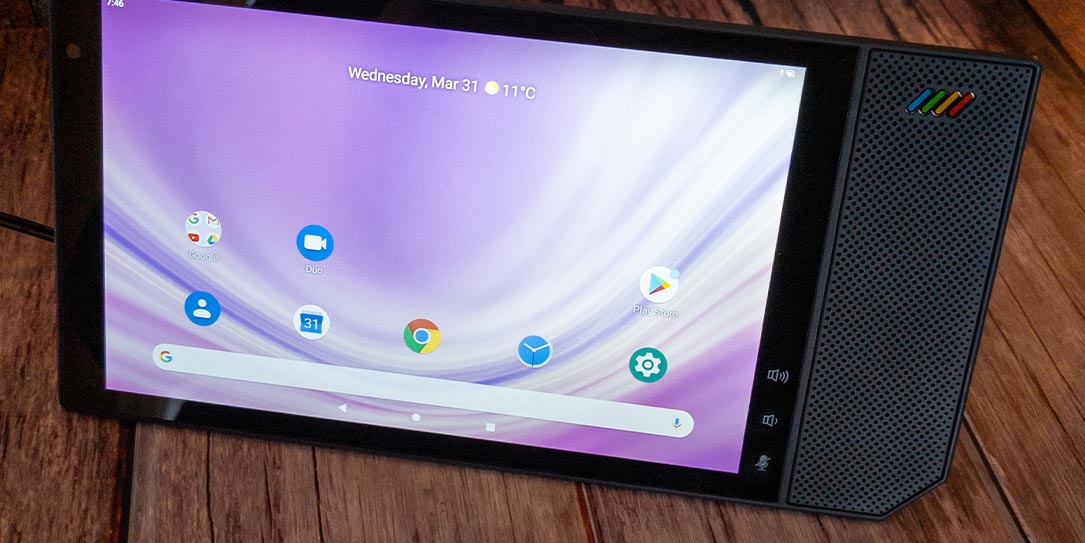 Lights, camera, Crackle… see what’s new on Crackle in May 2021