The Rimac Electric Supercar Could Finally Get Its First Investors

Can you imagine an electric supercar with a zero to 62mph time of 2.8 seconds and a top speed of 190mph? That’s what Rimac Automobili is building and hopes to have investors for. This sleek looking supercar is one of the most beautiful cars I’ve ever laid virtual eyes on. The low stance and broad shoulders give it an aggressive posture making it look like a wing gliding just over the ground. Rimac might finally see itself being produced with the help of investors in Hong Kong and Colombia. Rimac is based out of Croatia.  Sinocop Resources, a minerals and metals company, is one of the investors hoping to see a good ROI from Rimac and its “Concept One” and Frank Kanayet Yepes is the other investor. The projected final price for the Concept One is around $990,000, not mere pocket change.


While other competitors in this price range go for gasoline-powered engines, Rimac fitted the Concept_One with a complex electric driveline that includes four sub-systems, each consisting of one motor, inverter and reduction gearbox. Each of the four systems powers a wheel. The electric powetrain’s combined output is 1,073hp (1,088PS) and 1,600Nm (1,180 lb-ft).

The Concept_One’s carbon-fibre body was designed by Adriano Mudri while the interior is the work of a team of former Pininfarina employees, led by Goran Popović, with Bulgarian design studio Vilner offering a helping hand.

While the price tag may be out of reach to most buyers, the more important thing here is the technology. Once Rimac creates and sells these cars other manufactures can begin to consider electric powered sports cars for their own lineups. Perhaps a Mustang, Corvette or Camaro? What do you think of the Rimac? Is there value here for the average consumer? Or is this just another rich man’s toy? Let us know in the comments below or on Google+, Twitter and Facebook. 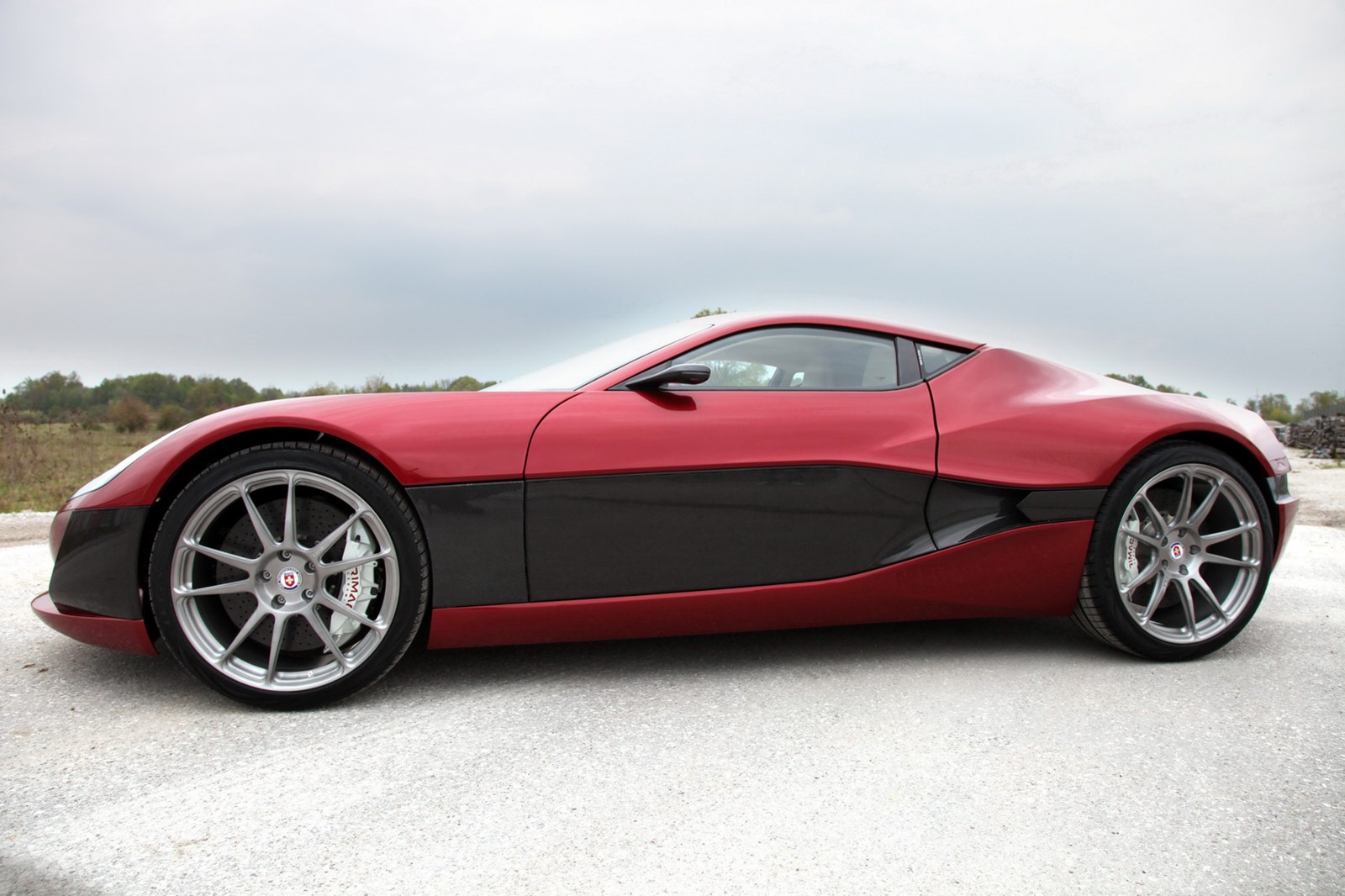