Even with a good number of leaks, Motorola announced the third generation of its highly popular Moto G series of phones to much excitement. Moto Gs have been popular for providing good specs and a near stock Android experience for not a lot of money.

The new Moto G runs on a Snapdragon 410. Motorola has finally done away with the Snapdragon 400, which powered the first two Moto Gs. You’ll also get either 1GB or 2GB of RAM, depending on whether you opt for the 8GB or 16GB internal memory options. It’s worth noting that competitors such as the Asus Zenfone 2 come with 2GB of RAM onboard by default.

Motorola has retained the same 720p 5-inch display from the previous phone and the phone sports the same front facing speaker design. The phone also has dual SIM support and 4G LTE. For those who need it (which is most of us), the storage can be expanded using a microSD card slot. The Moto G will also include a 2,470mAh battery.

The phone has the same camera sensor as the Nexus 6. It sports a 13MP rear camera and a 5MP front facing camera, with dual tone flash. The Moto G also adds IPX67 rating, which means it is water resistant up to 1 meter for 30 minutes.

One main selling point for Motorola devices is the software running on them. While they’re nearly stock, with no bloated skin running on top of Android, Motorola adds neat features. This time, the Moto G comes with Moto Display and Quick Capture, both of which we’ve seen before in the higher end Moto devices. A new addition is the Chop Twice feature, which can toggle your flashlight. All of this will come on-top on Android 5.1.1.

Check out the promo video Motorola made for the Moto G below. 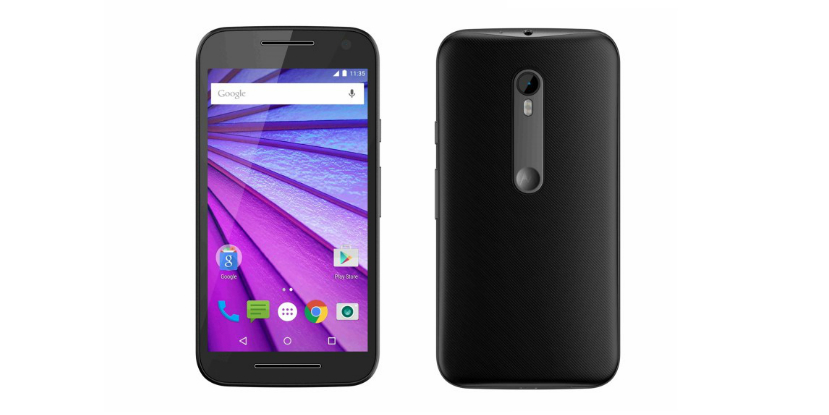 Samsung Sending Out Invites For Unpacked Event On August 13