CES 2017 hasn’t even started yet and there’s already a pretty good leak that came out today about the second Google Tango enabled phone: ASUS ZenFone AR. The leaks originally came from Qualcomm themselves letting us know what chipset will be in said handset, the Snapdragon 821, as we already know is in the OnePlus 3T and Google Pixel duo. More with the leak, Qualcomm states that it will be the first phone to be Tango enabled and Google Daydream compatible.

So far we don’t know what the devices will look like from what Qualcomm is saying, but have no fear because famous leakster Evan Blass has Tweeted a front and back rendering of the ASUS ZenFone AR. The phone itself doesn’t look too bad at all, or at least the front considering it has the looks of ASUS’s ZenFone series. As for the back, you’ll notice the big camera patch going on with the dual camera, what looks to be a dual tone flash, and just a lot of space that may not be needed or it’s part of the camera setup. With these being just renders and no pricing or specs, it’s easier to take this with a grain of salt until ASUS announces the ZenFone AR at CES in a few days.

We’ve had our own review on the Lenovo Phab 2 Pro and it was far from perfect with some software bugs, but it did its job like it was meant for for a first generation Tango device. What are your thoughts about ASUS coming out with the next Google Tango device? Let us know by leaving your comments down below, or on Google+, Facebook, or Twitter. 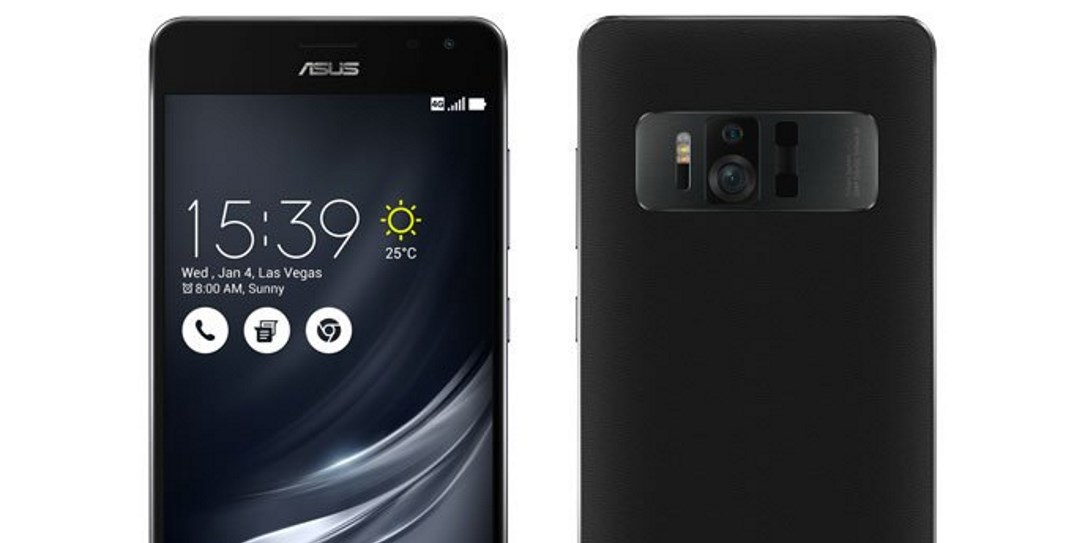