Moto C and Moto C Plus officially unveiled by Motorola

A day after Motorola’s 2017 road map was leaked, the company has officially unveiled the Moto C and Moto C Plus — two of the nine upcoming phones outed on the list. According to the leaked image, each device sports a 5″ screen with the C being an FW resolution which may refer to the 854×480 pixels FWVGA screen size, while the C Plus will have an HD screen and a 4000mAh battery.

While Motorola has officially announced the Moto C and C Plus, screen size or resolution wasn’t mentioned in the blog post where the announcement was made. What we do now know is that the Moto C — dubbed as being “packed with essentials — will be available in Metallic Cherry, Pearl White, Fine Gold, or Starry Black, sport a 2350 mAh battery, a quad-core processor, 4G connection, a 2MP front-facing camera with a selfie flash, and a 5MP rear-facing camera with an LED flash.

The Moto C Plus, on the other hand, is said to have “power that moves you.” As mentioned above, the leaked image stated that the C and C Plus both sport 5″ displays, but the Moto C Plus will have a larger display than it’s non-Plus counterpart. The C Plus does indeed pack a 4000 mAh battery which boasts up to 30 hours of use on a single charge. It also has a 2MP front-facing camera with a selfie light but has an 8MP rear-facing camera with an LED Flash. The Plus model also includes dual-sim card support and a microSD card slot. The larger phone will also be available in the same Metallic Cherry, Pearl White, Fine Gold, or Starry Black colours.

Time will tell as to the accuracy of the other devices that were on the linked image as there seems to be a bit of variation from the officially announced specs on the C series devices, although at this time we don’t know what the screen size or resolution of these two budget smartphones are yet.

What do you think of the new Moto C and C Plus? Do you wish it was coming to North America as well? Let us know in the comments below or on Google+, Twitter, or Facebook. 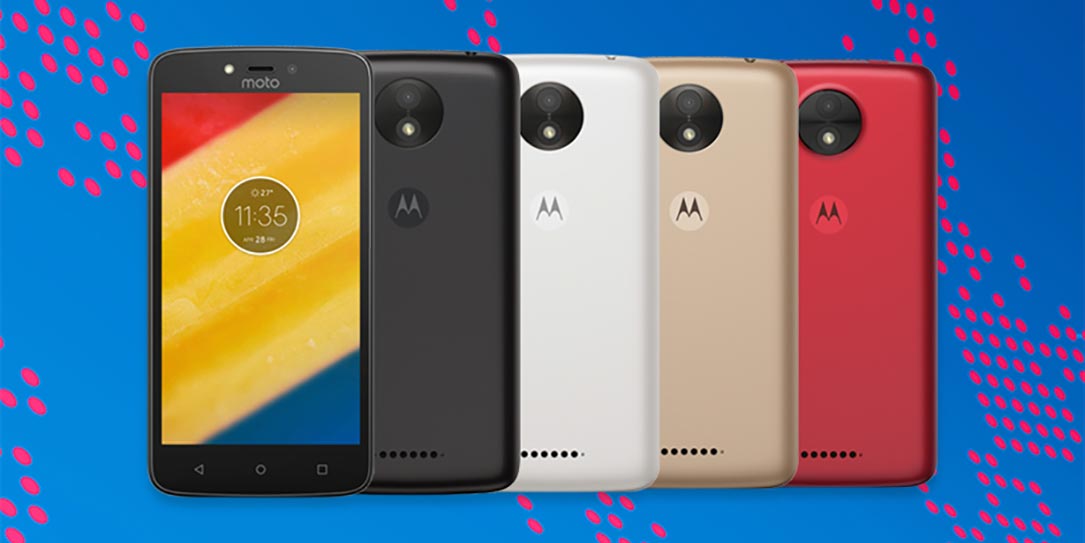 [DEAL] Land a refurbished DJI Phantom 4 drone and save $350USD