The days of paying one price for a game and getting all the content have been long gone for some time now. Depending on the game, you can pretty much expect to pay more for extra levels, maps, content, tokens/gems/coins to progress, or even just cosmetic changes. Fortnite Battle Royale, a free-to-play last-person standing game, has seen major success lately and recently released for iOS devices. According to Sensor Tower, even as an invite-only mobile preview, Epic Games managed to pull in a whopping $1.5 million over the first four days after release for IAPs which consist solely of cosmetic changes.

Not only has Fortnite Battle Royale raced to the top of the charts in over 40 countries, its mobile player base are paying for simple cosmetic changes which don’t affect gameplay and Epic Games is cashing in. Put into perspective, Pokémon GO grossed $4.9 million and Clash Royale brought in $4.6 million during their first four days after releasing on iOS.

As mentioned above, IAPs aren’t anything new and haven’t been without their share of controversy (Star Wars Battlefront II loot crates, anyone?). Given the willingness of gamers to shell out for extra content whether it be in the form of additional story modes, levels, or simply cosmetic changes, IAPs are definitely here to stay.

Have you been playing Fortnite mobile on iOS yet? Have you made any purchases? What do you think about IAPs in general? Let us know in the comments below or on Google+, Twitter, or Facebook. 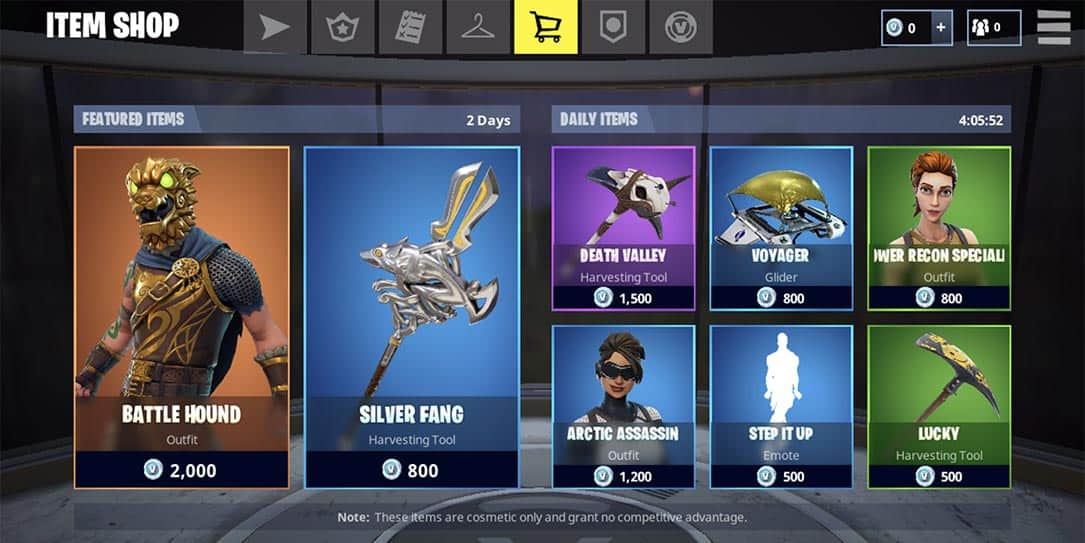 Is it just me? Or have Apple software updates gotten progressively worse?