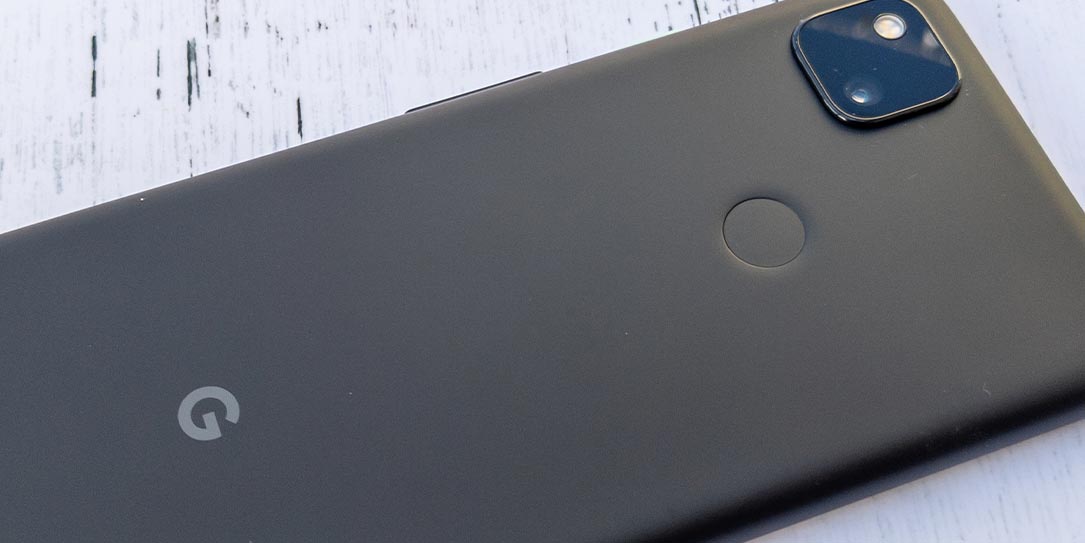 Given the price point and performance, not to mention the camera quality, the Google Pixel 4a is a solid device that should fit the needs of most users.

Techaeris readers know that our reviews are as objective as we can make them and are based on specifications, price, value, and performance. That said, I’ve long been of the opinion that most people do not need smartphones that cost upwards of US$1000.

Back in 2010, when Google introduced the Nexus lineup, a lot of Android users were ecstatic. Finally, there was a pure Android smartphone with decent specifications at a relatively affordable price. Unfortunately, when the Pixel line was introduced, the price of Google’s phones started to creep up to be on par with other flagship devices.

Last year, Google introduced the “a” series of Pixel phones. The Pixel 3a and 3a XL offered slightly reduced specifications but the same great camera found in the Pixel 3/3 XL at a much more affordable price point. This year, the company has released the first of two planned models from its affordable line: the Pixel 4a. Unlike last year, the second variant will not be an XL size, but rather a 5G version of the 4a scheduled to arrive later this year.

The Pixel 4a has been available for a while now but just launched in Canada last week alongside Android 11. On that note, our Google Pixel 4a review takes a look at the latest affordable smartphone with a great camera and more than adequate performance for the average user.

The Google Pixel 4a has the following features and specifications:

Like most smartphones these days, the Google Pixel 4a has a rectangular design with rounded corners and edges. The back and sides of the device are one solid polycarbonate black unibody. A smaller camera bump is in the upper left-hand corner. Centered on the back, slightly below this, is the fingerprint scanner (yay!). Missing on the Pixel 4/4 XL devices, a lot of users will be happy to see this returns on the Pixel 4a. Finally, the Google G is printed centered towards the bottom.

The front of the phone is pretty standard as well. Centered on the top is an earpiece just above the display. Instead of a thicker top bezel, Google opted to place the front-facing camera in a pinhole off to the upper left of the screen. Some people hate it, some people couldn’t care less and I’m in the latter camp. It’s small enough and out of the way enough that it doesn’t adversely affect anything I do on the device. I do rather like the larger display area as it feels a bit more immersive when using the phone.

The Google Pixel 4a feels fairly light and fits nicely in the palm of your hand, given the size. As such, it’s also easy to perform most functions with just one hand, instead of having to use two like some larger devices.

With an FHD+ OLED display at 443ppi, HDR support, 100,000:1 super contrast ratio, and 24-bit colour depth, the Pixel 4a screen is very comparable to the Pixel 3a and even the Pixel 4. While it lacks the 90hz Smooth Display of the Pixel 4, I didn’t really notice a difference unless I had the the 4a beside the 4 XL and was scrolling at the same time.

Overall, the display is crisp and clear, has nice colours, and is great for day to day app use, watching movies, and playing games. The ambient brightness works just fine and I had no issues with being able to view the display indoors or out.

Our review unit shipped with Android 10, but Google just announced the official release of Android 11. While the Pixel 4a ran great with Android 10, Android 11 adds just that much more. Android has evolved nicely over the years, getting better with each iteration (at least in my opinion). While companies like Samsung, LG, Huawei, and others add their own skins and features over Android, I still personally prefer “pure” Android as it comes on the Pixel devices.

Android 10 brought a number of changes to the Google Pixel lineup. By default, Google has enabled its gesture navigation by default. Having used it for some time now, it actually feels more fluid than using the bottom three icons to navigation your smartphone. Swiping up from any screen takes you home, swiping up with a short hold will get you to your recent apps and games, and swiping left or right on the middle edge of the device will take you back to your previous screen. Of course, if you want, you can still enable the 3-button navigation.

One feature that many Android users have been clamouring for with stock Android is Dark Mode. This is another new feature in Android 10, and it works well for the most part. Google is still working on adding dark mode support to all its apps, as are other vendors, but for the most part all the apps I currently use on a daily basis seem to support it.

On that note, with features like Call Screen, which lets you filter out robocalls, and Recorder which can automatically transcribe speech, there is some useful functionality to help make your life easier.

Unlike previous updates, Android 11 feels a bit more of an incremental update. With a focus on communication, messaging app conversations are now combined within your notifications, making it easier to manage them. Bubbles are also part of Android 11, allowing you to converse without having to leave your current screen.

Security is always a big concern, especially these days. As such, Android now allows users to allow an app to access certain permissions one time only, only while the app is in use, or all the time. Additionally, Android 11 will auto-reset permissions for apps you haven’t used in a while.

The Pixel 4 smartphones feature the Qualcomm Snapdragon 855 and 6GB of RAM. While the Pixel 4a also has 6GB of RAM, it is powered by the Qualcomm Snapdragon 730G processor. When using my usual apps and games, everything seemed pretty smooth, as did switching back and forth between apps. Again, like the display, I only noticed a slight difference in performance when it came to launching apps or games when I had the Pixel 4a and 4 XL side by side and was doing launch tests.

For the average user, the Pixel 4a is definitely more than capable of handling every day tasks, apps, and games.

Like the Pixel 4 XL, the Pixel 4a has stereo speakers. While the earpiece doubles as one, the second is on the bottom edge of the phone. Unfortunately, this means one speaker is potentially covered when in landscape mode by your hand. This causes the sound to be muffled a bit. Aside from that, the sound does get quite loud and has a nice soundstage when listening to music or watching videos. That being said, it’s still lacking bass so sounds a bit unbalanced but it’s definitely fine in a pinch for a quick song or YouTube video watching.

Lately, the Pixel devices have launched with fantastic cameras. When the 3a phones came out last year, Google announced they’d have the same cameras as the more expensive 3-series devices. The same holds (mostly) true this year. With a 12.2MPO dual-pixel rear camera and a 1.4 μm pixel width, ƒ/1.7 aperture, auto-focus with dual-pixel phase detection, and optical + electronic image stabilization, the Pixel 4a has a fantastic camera. The one thing it is missing, however, is the 16MP telephoto camera that the Pixel 4 devices have.

Like the Pixel 4, gone are specific settings like MP and pro-settings, instead Google opted for simpler, easier to understand settings like Full resolution or Medium resolution. Depend on how you use your camera, it can be a bit unsettling not having as much control over your camera settings but, to be honest, most users stick to the default settings anyways. Still, it would be nice to have that option.

That being said, the big plus about the Pixel 4 camera app is that live view actually portrays what your picture will look like. Whatever brightness or colour you see on your phone will be exactly how the photo will turn out. In addition, Google has added a brightness slider and a contrast slider right on the main screen to allow for quick and easy adjustments. The live view shows exactly what you’ll be getting with the HDR auto-enabled (there is no way to turn it off).

As for photo quality, while there are a few phones out there with better image quality, the Pixel 4 XL still produces some great photos, indoor or out. Night Sight remains one of my favourite features of the Pixel phones (yes, other devices have the same) and it has been improved to even allow for astrophotography.

This doesn’t really fall under the camera section, but it is photo related. In the past, Google has offered two years of free full resolution photo quality uploads and storage. With the Pixel 4 smartphone lineup, the company has dropped that offer and instead offered a three-month 100GB trial to Google One. After that, it’ll cost you $1.99/mth or $19.99/yr and up, depending on your plan. To be honest, the free photo storage was one of the great benefits of the Pixel line.

As with most smartphones these days, reception wasn’t an issue at all with the Google Pixel 4a. Of course, that may depend on where you live/frequent but in major centers on LTE, the device worked just fine.

As with reception, there was no issue with call quality on the Pixel 4a. I could hear the other party just fine, as they could me.

The Google Pixel 4a sports a 3100mAh battery, one of the larger capacity ones in Google’s smaller form factor phone line up. It easily lasts through the day, partly due to its mid-range processor and partly due to its adaptive battery feature.

While the device features 18W fast charging, it doesn’t have wireless charging. While I do enjoy having wireless charging on a device as I have the Pixel Stand by my bed, it’s not the end of the world. I usually end up charging it before bed and it easily lasts through the night and the entire next day with between 20-30% battery life remaining with about 3-4 hours of screen time.

With an MSRP of US$349/CA$479, the Google Pixel 4a is very reasonably priced. It is on the smaller side but has decent performance and battery life, a great camera, and comes with as stock Android as you can get with timely security updates.

So what’s the Pixel 4a missing? Like the other a-series devices, there is no wireless charging or IP rating. In addition, Google dropped Active Edge from the Pixel 4a so you’re not getting that either. There is also no Face Unlock like on the Pixel 4/4 XL but you are getting a fingerprint scanner instead. Finally, there is no 16MP telephoto camera either. But there is a 3.5mm audio jack.

All that being said, given the price point and performance, not to mention the camera quality, the Google Pixel 4a is a solid device that should fit the needs of most users. While there are some missing features, there are some that the more expensive Pixel 4 phones don’t have, so it is a trade-off really. You’ll just have to decide which features are more important to you. At the end of the day, however, I feel that the Pixel 4a will easily please most average users.

If you’re looking to upgrade your smartphone and want something affordable, with a great camera, and decent performance, you definitely want to check out the Google Pixel 4a. OPPO Watch 46mm review: Rectangular is better for so many reasons
Zyxel PLA6456 review: Faster ethernet through your power outlets
To Top