Geeky Americans don’t just love comic books, but men, women, and children of all ages, worldwide. American superheroes are ever-popular, but it should come as no surprise that nearly every culture has its own approach to telling stories through pictures. Manga is a fascinating topic for academic research, and if you decide to study it more thoroughly, you’ll easily find experts for thesis help here.

Japanese manga is one of the most unique and prolific of these comic styles. Never heard of it? Want to try reading it but don’t know where to start? Simply interested in an aspect of Japanese culture?

Manga is, simply put, Japanese comics. They are often adapted into Japanese animation. This type of cartoon is popularly known as anime.

Manga usually has a very distinct style of animation that features large eyes, exaggerated emotional responses, fine features, strangely-colored hair, and other character features that will become familiar over time as one reads manga.

Five types of manga are written for men, women, and children.

Like novels, there are dozens of genres of manga as well. These range from fantasy and science fiction to slice-of-life and mecha. Often, these genres have blurred lines that allow for very imaginative stories and plot points.

How to Start Reading Manga

If you’re new to manga, it can be confusing to figure out where to start reading. But I’m going to show you how to start reading manga. Traditional manga, translated or otherwise, reads right to left. In some cases, the cartoonist/writer, or mangaka as they are known in Japan, will design their manga to read from left to right. This is a rare situation, however.

This image shows the proper order and direction to read manga. Start in the upper-right corner of the upper-right panel and then read from right to left. Repeat this process until you’re done with all of the panels in a section, and then move down to the next section of panels and repeat the right-to-left process.

Don’t forget to take time to look at the artwork, though! Since the text boxes are often short bits of dialogue, it’s easy to blast through an entire page of manga without actually looking at the artist’s work. Most of the beauty contained within a manga volume isn’t the storyline but the art. Indeed, the art is complemented by the story, not the other way around, as the art tells most of the story through careful, beautiful emotions and distinct actions.

Here’s a list of popular manga titles, along with a descriptive blurb from Anime News Network:

Naruto – ninja, fighting – When Naruto was born, the spirit of an evil nine-tailed fox was imprisoned within him, rendering him the hate of the villagers in the ninja village of the Leaf, who feared the demon in him. Countering this hate, he grew into the role of the clown, trying to attract attention by making a fool of himself and his teachers. But within him dwells the dream of becoming Hokage, the strongest warrior of the village. When he graduates from the academy, he’s placed in the same group as Sakura, the technician and the girl he loves, and Sasuke, the strong, quiet guy and his rival for Sakura. The leader and teacher of the group are Kakashi, the strange and always late, though powerful ninja.

Pokemon Adventures – fantasy, creatures, adventure – Red is just a normal kid living in rural Pallet Town when he decides to go out on his own adventure along with his rival since childhood, Blue. In this world of Pokemon, he makes many friends, humans and Pokemon alike. However, all is not well. Team Rocket is trying to capture Mew, a very rare Pokemon, and is performing experiments on other Pokemon to increase their power. Red and his friends must battle against Team Rocket to stop their cruel experiments and unlock the secrets of Pokemon.

Full Metal Alchemist – fantasy, comedy, drama – When two brothers, Edward and Alphonse Elric, tried to revive their mother using Alchemy, something went drastically wrong. Edward lost his leg and arm, and Alphonse lost his entire body. Now, a few years later, Edward becomes what’s known as a “State Alchemist” or a Nationally recognized Alchemist. Along with Alphonse, whose spirit has been put into a metal suit of armor, and his automail leg and arm, the two brothers set out to find a way to restore themselves.

Ghost in the Shell – science fiction, cyberpunk, action – In the near future, technology has firmly taken root in society at large. Cybernetic implants are nothing uncommon, and robots roam as plentiful as humans, all connected through their ”ghosts” to the electronic data streams of the net. Major Motoko Kusanagi and the Public Security Section 9 constantly battle the newly created wave of technological terrorists and cyber-hackers. But things take a turn once Motoko gets involved in a certain case involving an extremely dangerous ”ghost” hacker nicknamed the Puppeteer, as she dives deeper and deeper into the limitless reality of the net to reach her own startling conclusions. 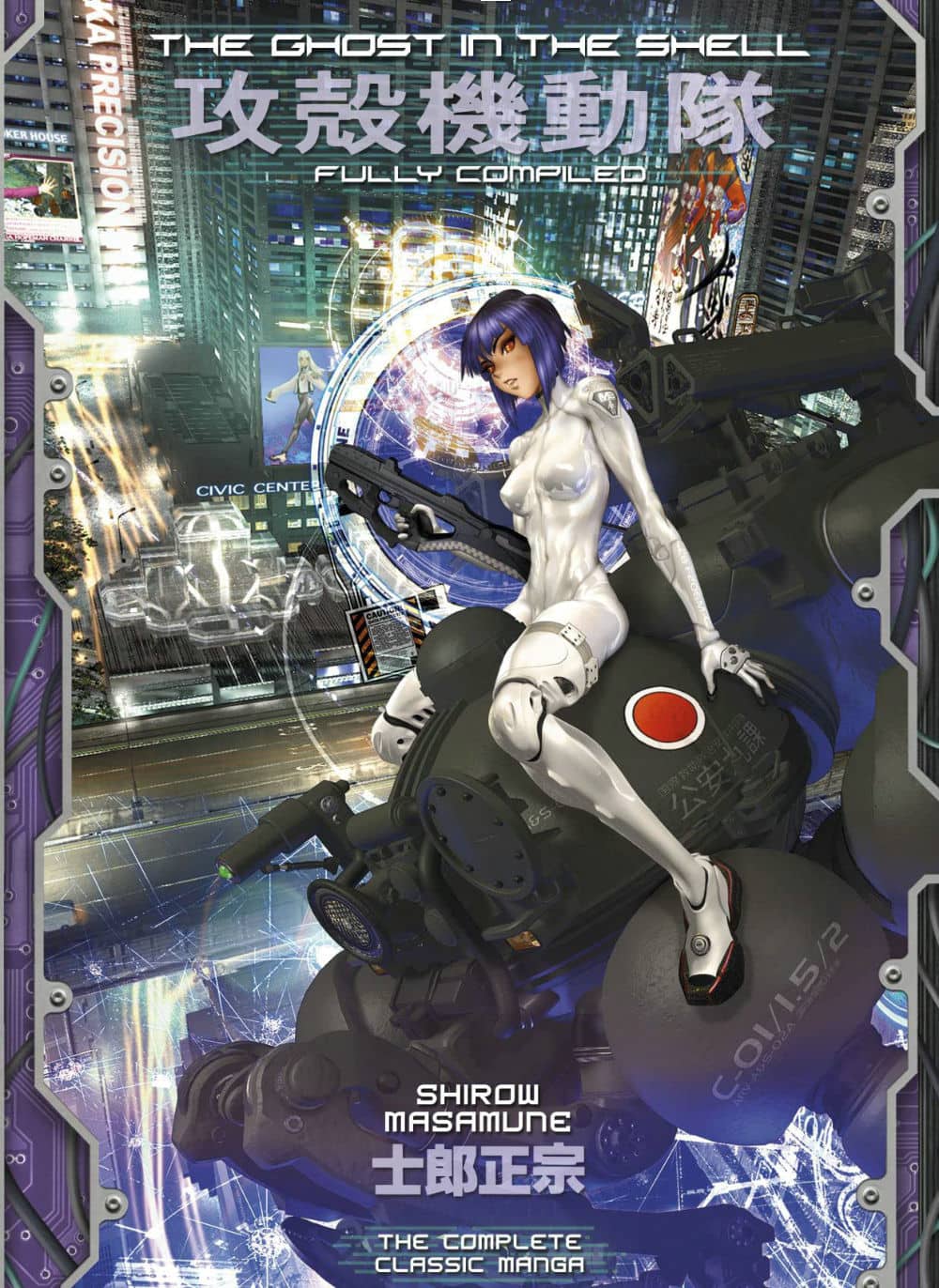 Love Hina – comedy, drama, the slice of life, romance – When he was a child, Keitaro Urashima promised a girl that they would meet at Tokyo University (Toudai). For this reason, he has tried to get into the prestigious university but has failed the entrance exam two years in a row. When his parents kick him out of the house, he tries to find lodging at his Grandmother’s inn, but unbeknownst to him, it has been changed into an all-girls dormitory. He is allowed to stay in the position of Kanrinin (dorm manager), but his clumsiness tends to land him in trouble with the girls. To achieve his dream, he studies to pass the Tokyo University exam along with Naru Narusegawa, who has her own reasons for wanting to get into Toudai.

Dragon Ball – action, comedy, fantasy, fighting – Dragon Ball follows the adventures of Son Goku from his childhood through adulthood as he trains in martial arts and explores the world in search of the seven mystical orbs known as the Dragon Balls, which can summon a wish-granting dragon when gathered. Along his journey, Goku makes several friends and battles a wide variety of villains, many of whom also seek the Dragon Balls for their desires, including foes from another planet.

Bleach – action, supernatural – Bleach follows the adventures of Ichigo Kurosaki, a teenager with the ability to see spirits, who accidentally steals the powers of the Soul Reaper Rukia Kuchiki while saving his family and subsequently assumes her duties while she convalesces. Since that event, Ichigo has had to fight hollows, evil spirits that attack people. In the process, he makes new friends with special abilities.

Akira – science fiction, action, supernatural – In the year 2038. A police state, scheming politicians, religious sects, revolutionaries, and a secret scientific project combine to produce an explosive mixture in Neo-Tokyo. The rival groups all have their eyes on one prize: control of Akira, a boy of such destructive psychic ability that he has been held in cryo-stasis for over 30 years. A coup is planned, but there is a wildcard in play: the psychic Tetsuo, an impetuous young biker who releases Akira and so forces all of the groups to make their move.

Soul Eater – action, comedy, fantasy – In a world where technicians wield the select humans who can turn into weapons, Shinigami-sama created a school to teach young technicians and their shape-shifting partners what it means to be a just death god. In order to create the ultimate weapon, the students of the school must collect the souls of 99 evil humans and one witch.

Hikaru No Go – drama, board game, supernatural – Hikaru Shindo is just a normal 12-year-old Japanese boy. One day, he’s rummaging through his Grandfather’s things to see if he can find something to sell and pulls out an old Go board. A ghostly apparition appears out of the board and tells Hikaru his sad story. His name is Sai Fujiwara, a man who was a Go instructor to the emperor of Japan a thousand years ago. Now, he haunts a Go board, and wants to accomplish the perfect Go game, called the “Hand of God,” which he hopes to do through Hikaru. Whether Hikaru can do it or not (or even wants to) will have to be seen.

Mobile Suit Gundam 0079 – mecha, science fiction, drama, action – niversal Century 0079: The Principality of Zeon declares war on the Earth Federation. What follows is mass destruction on Earth and the orbiting colonies that claim a death toll by the billions. As a result, both factions declare a ceasefire for eight months. On Side 6 Colony, Amuro Ray, the son of a Federation scientist, stumbles upon his father’s prototype mobile suit RX-78-2 Gundam and pilots it to combat Zeon’s mobile suit forces. Amuro and the carrier White Base crew must survive the numerous battles against Zeon until the war ends.

Manga has risen in popularity in America and the West in recent years, becoming one of the top exports of Japan. Personally, I really enjoy reading a slice of life and mecha manga. So now you know how to start reading manga. Did my how-to-start reading manga guide help you? What are some of your favorite manga?  Let us know in the comments below or on Google+, Twitter, or Facebook.

If you’re looking for other great manga titles to get started with, check out this About.com article, 50 Essential Manga for Libraries: Timeless Classics and Popular Titles for Kids, Teens and Adults. 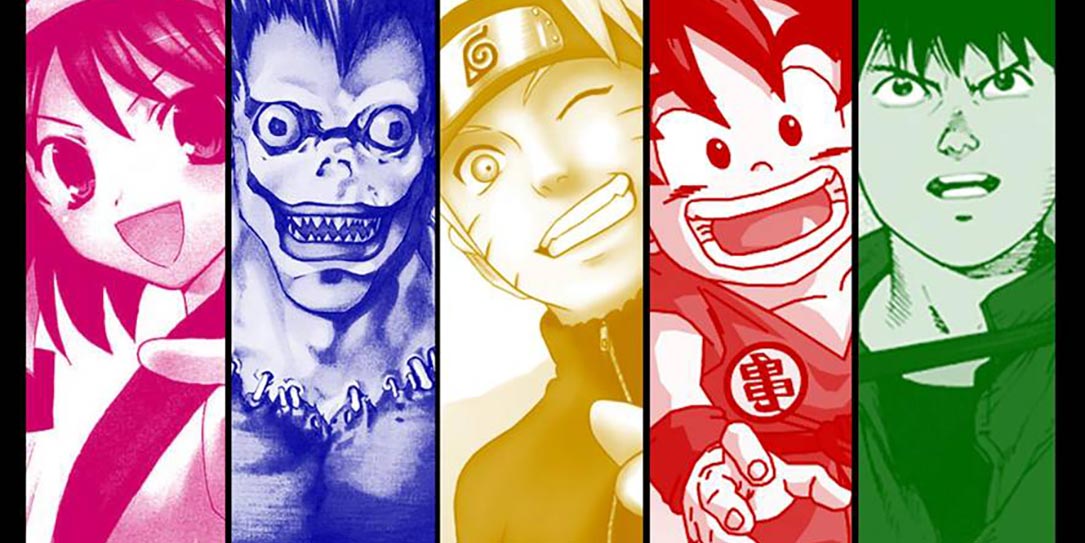