Lenovo Chromebook C330 review: A slim 2-in-1 with decent battery life and performance

Chromebooks. The inexpensive laptops that offer some lower end specifications while running Google’s lightweight Chrome OS. Lenovo is just one of many companies with a few different Chromebook models. Our Lenovo Chromebook C330 review takes a look at a 2-in-1 Chrome OS laptop that offers an 11.6-inch display, and all white design, up to 64GB internal storage with 4GB RAM. Read on to see what we thought!

Personally, this Chromebook reminds me of an older one Acer came out with with its slim design in all white. Don’t get me wrong, there’s nothing wrong with an all white colored compact design. I just like how Lenovo chose this look versus the standard black they”re typically known for. The top shell of the laptop only shows off the Chrome logo in the top right and Lenovo’s logo in small lettering on the left side, but when you open up the unit you’re welcomed to an 11.6-inch display with big black bezels.

The hinge below the screen allows for the Chromebook to flip into “tablet mode” which lets you use just the touchscreen and a virtual keyboard. Moving to the keyboard, the keys are all black with a plastic feel. The keys themselves don’t require much force to press down. In general, the keys are pretty quiet when being pressed on, which may be good if you are going to do some late night work. Underneath the keyboard is the trackpad which is small, but easy to work with.

The left side of the Chromebook has the USB-C power port that also acts as a port for PowerDelivery, DisplayPort, and HDMI pass-through. A full HDMI port, a USB 3.0 port, and an SD card reader are also available. The right side houses the combined audio/mic port, a dedicated volume rocker, the power button, and USB-C port.

The bottom of Chromebook has two rubber nubs at the front while the back has one long rubber nub to keep the unit from moving while on a flat surface. The two speaker grills are located on each side of the bottom for sound to come through.

If you’re looking for a smaller screen, you’re in luck as the C330 has a screen size of 11.6-inches IPS display with a resolution of 1366 x 768. It’s just over 720p, but for those who may not need it for a heavy workload, this should be more than enough. The display is also a touchscreen for those that may want to use the Chromebook in tablet mode to watch movies or do their work without the physical keyboard. The black bezels, pretty standard on non-touch and touch Chromebooks alike, help out from accidental taps on the screen if anyone uses it in tablet mode. They can be very distracting at times but after extended use, they blend in with the screen.

The viewing angles are nice and text is legible. Personally, I left the brightness at full the entire time I had this laptop because anything lower than that was too dim for my liking. As far as colors go, they were pretty decent on this IPS display.

Like all other Chromebooks, Chrome OS is your one and only OS of choice. Even though Chrome OS is the base, you can use both Android and Linux apps, the latter being a beta feature. Google has simplified your experience by making everything you do save to the cloud. Its whole operation is based on Google Chrome and web-based applications to function and it doesn’t get any more easy than that.

Google has its own apps pre-installed such as Google Chrome, Google Keep, Slides, Docs, Play Store, and other usual culprits. As mentioned above, you do have the option to install apps from the Play Store whether it would be a few games that are compatible or different apps that you tend to use on a regular basis.

MediaTek processors aren’t all that well known over here in the states since most laptops will have either an AMD or Intel SoC inside. While working on some load tests with the MediaTek MTK8173C SoC that’s included in this Chromebook, the C330 was able to keep up pretty well with the 4GB of RAM that’s also inside. There were a few times where it would stutter when trying to delete some text I didn’t need or when there was too much going on. However, after a few seconds, everything would load up just fine and go back to working like normal.

At most I would have two different Chrome browsers open with at least four tabs in each having different sites up such as YouTube, WordPress, Google News, Twitter, Gmail, and others. Sure, not all the tabs were constantly being used but Chrome tends to take up a bunch of RAM, so this little guy keeping up is pretty good.

Using the laptop in tablet mode responded well too. The virtual keyboard kept up when typing up some text but wasn’t the easiest to use as the keyboard tends to be a bit too small for my fingers given the screen size.

As previously mentioned the speakers on the Lenovo C330 are on the bottom of the Chromebook. While they are fine for bouncing sound off a flat surface, they’re not the best spot for speakers to be especially if placed on your lap. That being said, the speakers are much better than Dell’s Inspiron Chromebook considering they were also at the bottom too.

The sound was much better than expected even while the volume was low. It can be heard more clearly and fill a room if the volume is set two notches under 50%. Having the volume at a higher rate was good and plenty loud while also having no distortion or any muffled noise.

I’ve said this more than once but cameras on laptops aren’t the best to use when taking pictures. That being said, they are more widely used for video calls. The camera quality comes in at 720p HD and will be plenty enough if you plan on holding any conference calls or video chatting with any of your friends on Skype or Google Duo.

When taking pictures, it didn’t matter what the light conditions were because each picture came out with too much grain. Of course, more light gave slightly better pictures but if you plan on using the camera for kids to take pictures, they likely won’t notice the difference.

I made a couple calls on Google Duo and while the quality can all depend on your connection, I was told the picture was good on my end when connected via Wi-Fi.

Most laptops these days can get anywhere between 10 to 15 (or more) hours and that’s more than plenty of time to work on just about anything. Lenovo states you can get up to 10 hours of battery life but that will always depend on how you have your settings set up.

I was able to achieve around 8-10 hours while using the Chromebook over the course of a few days. The majority of the time I was using the Chromebook was for writing this review or watching some videos on YouTube or playing music from Google Play Music at the same time.

If you plan on using this Chromebook for some light work, then you’ll most likely get passed the 10-hour battery life mark Lenovo claims. Even if you use the Chromebook for long periods of time continuously, you should still be able to reach 10 hours.

We all know Chromebooks are inexpensive, so you can expect the price to be more affordable for everyone. Lenovo is selling the C330 at a starting price of US$279.99 for the 32GB version and $299.99 for the 64GB version. It’s the same price as the Dell Inspiron Chromebook we recently reviewed and it’s something that is hard to pass up with it being so affordable. At the time of this review, you can snag the 64GB version on Amazon for a mere $219.99 (the 32GB is on sale for $234 so it’s a no brainer on which you should pick up).

With Lenovo going up against other competitors out there such as Dell and Acer, the price of this should be plenty enough to draw some folks in — especially with the current price on Amazon. It has more than enough performance to keep up with whatever you’re doing, even if it’s just having one Chrome tab open, the sound is good for speakers being at the bottom of the unit, and the display may not be the best on the block, but it gets the job done. 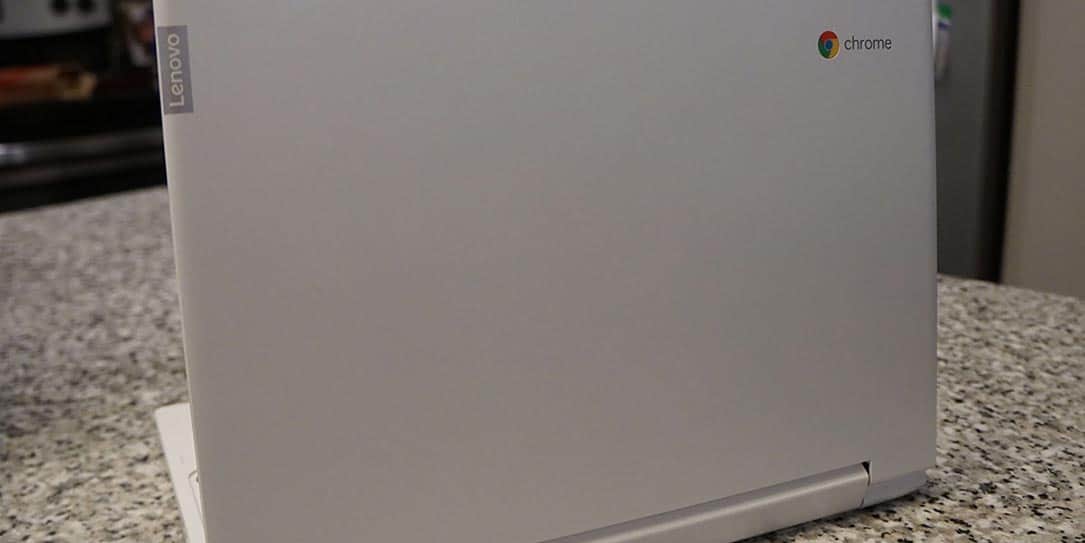